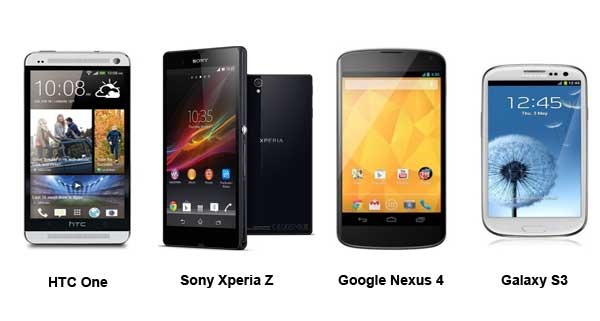 The HTC One, the only recently announced smartphone is easily among the very best Smartphones right now but how does it perform against its arch enemies?

We find it out in the specs sheet:

It is worth mentioning here that the Xperia Z is a water and dust proof smartphone unlike other three phones in the comparison table. Other than these features shown above, all of the smartphones possess exclusive features which are, in several cases, a first for the industry. HTC One manages to perform well even in this crowd too but I don’t think its that great when compared to the Xperia Z which is arguably the best phone available right now.