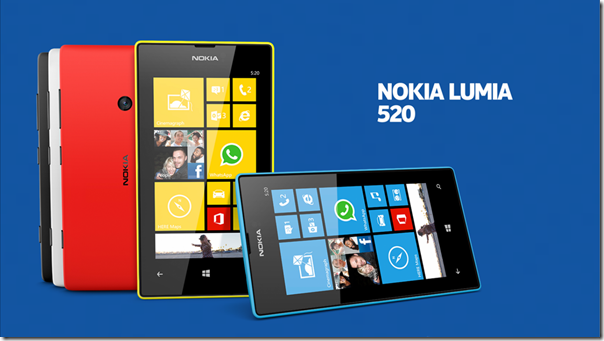 Nokia knows what most people want: Windows Phone on the cheap. For the past few months, this is what they’ve been trying to do and that’s exactly what was done with the Lumia 620. A cheap smartphone and an OS which has virtually no lags is a killer combo.

The great news is that Nokia has taken that to even higher (or lower) levels with the Lumia 520. The new Windows Phone runs on the latest version and has a bigger 4 inch display compared to the 3.8 inch screen of the Lumia 620.

Here are the specifications of the phone:

What’s great about this phone is that it has got a lot of features from the high-end Lumia phones like the Lumia 920, such as super-sensitive display which is usable with gloves or nails too, Cinemagraph, Nokia Here, Nokia Music and more. It will be released in Q2 of 2013 for just about $183 or a bit more or less than Rs. 22K here in Pakistan.