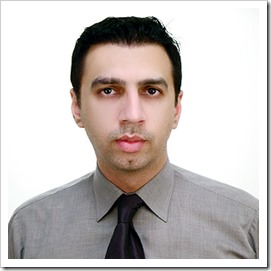 Ecommerce Business in Pakistan is on the rise. Despite tough economic conditions and technological constraints, there’re few enthusiasts who’re tirelessly making efforts to get the ecommerce business in Pakistan to next level. Arslan Nazir, the founder of Shophive.com, is one such person who has been in the ecommerce business for last eight years.

He has grown this business from scratch to what it is today. We had this opportunity of speaking With Arsalan and knowing about his journey with Shophive..

ProPakistani: Tell us a little bit about yourself and your background?

Arslan Nazir: I’m born and raised in Lahore. After early schooling I did my MBA from the ‘’University of Central Punjab’’ and then went for an MSc in Marketing from Nottingham University. I came back to Pakistan in 2001 when I started my own gaming cafe called ‘’Portal 47’’. That went very successful and hence I started another cafe called Fight Club, which was in Shapes.

ProPakistani: When and why did you decide to start Shophive.com?

Arslan Nazir: In 2005 I sold both of my gaming cafes and began investing in property and stocks until the market (KSE) crashed in 2005/06. After that I had nothing left except a laptop and a Suzuki pick up so I gave this idea – of getting up an online store – to a friend of mine who developed the website for me but I didn’t have the money to pay him so I gave him 20% of the shares and 20% more to another designer for the site.

How to Make Money Online with Ecommerce: A Step-by-Step Guide for Beginners

Our first two years were tough and ran losses after which both my partners left, so I bought back my 40% of the shares and became the sole owner. It started picking up after those 2 years and since then it’s grown exponentially. I started out from my home with no office and just a delivery guy and a guy to upload the content.

ProPakistani: What was your inspiration at a time when nothing like this existed in Pakistan?

Arslan Nazir: At the time I didn’t have a single rupee to start off with and I didn’t know what to do. I just had a laptop and some hunger. My inspiration was to start an ‘’Online Catalogue’’ where people could order online and receive their goods at home.

I had never even done any online shopping before and I didn’t know the numbers for e-commerce in the rest of the world, but it made sense to me that instead of going to the market people should be able to see and order online and receive delivery at home. ‘’My inspiration was just that I didn’t have any money and it seemed like the easiest thing to do.’’

ProPakistani: What made you think it was a viable idea at the time?

Arslan Nazir: At the time I’d the numbers for internet growth in Pakistan and I could see that this trend would grow. ‘’It was clear that soon we would start doing everything online and technology was booming.’’

I wanted to sell tech products so I thought it’d be user friendly ‘’for people’’ to just be able to browse my catalogue for online shopping instead of going to a retail outlet or via catalogue.

ProPakistani: Do you see this as a growth business in the future? What needs to change in the Pakistani market to increase growth?

Arslan Nazir: To increase growth obviously, we need a ‘’payment solution’’, we need to add good courier companies and greater services by them using better technology, e.g. in the US you can digitally receive a delivery and it is registered right then and there.

Other things include website standards, which need to improve here, and authenticity; we need a body or organisation for online shopping that can authenticate websites for their products because there are many that sell ‘’Chinese knock offs’’ etc. and a bad experience there puts people off online shopping.

ProPakistani: Can you tell us the growth rate or market share of e-business in Pakistan?

ProPakistani: What is Shophive.com total market share in Pakistan?

Arslan Nazir: It’s very difficult to tell what Shophive’s market share is partly because there’s no authenticating body. If we’d an online payment system one could extrapolate from there but lacking that it’s almost impossible to tell.

ProPakistani: What are the major issues faced by the e-tailing industry in Pakistan For instance, PayPal — the accepted method of conducting financial transactions on Ebay.com— is not available in Pakistan and what can be done to address them?

Arslan Nazir: The national problem is terrorism and corruption and a lack of resources. If there’s no terrorism then foreign investors will come to Pakistan including payment companies like ‘’PayPal’’. I think that’s the prime problem here.

ProPakistani: What is the unique feature Shophive.com brings that has allowed it to survive and grow over the years?

Arslan Nazir: Online shopping is a very fast moving business, but you can build an Amazon in a day if you have the right developers so there’s nothing particular about Shophive feature wise.

Our ‘’USP’’ (Unique Selling Proposition) is the quality of the products we sell at relatively low prices and the fact that we don’t sell refurbished or replica products. We try to gain the trust of our customers and it’s a long term relationship we build. We also focus on after sales service.

ProPakistani: What tools do you use to increase internet sales? How exactly is your business profitable?

Arslan Nazir: We use social media extensively ‘’Google ads’’ and ‘’Newsletters’’ to our regular customers.

ProPakistani: Are you satisfied with the growth of internet and connectivity in Pakistan and how it’s changing the retailing landscape?

Arslan Nazir: Yes, I think the internet has grown strongly, and PTCL should be given credit for the service they deliver and the way they’ve helped grow internet penetration. Having said this, I would say there’s always room for improvement and there’s still a lot to be done on this front as well.

ProPakistani: And the last question for today. There’s a popular point of view that people are not ready to buy online. Schemes that are popular and accustomed to in other countries are only becoming usual in Pakistan and still lack buyer confidence. How do you see the future of eCommerce in Pakistan?

Arslan Nazir: E-commerce is growing rapidly and I’m pretty sure it will keep growing, but the issue is how does the country perform as a whole and what State the economy is in — because if it’s a slow economy then obviously less people are going to buy. We also need foreign investment and technological improvements to our infrastructure, but again, that’s something that will happen at a national level and won’t impact just e-retail. There’s a lot that has happened despite all these problems, so I’m hoping for the best.