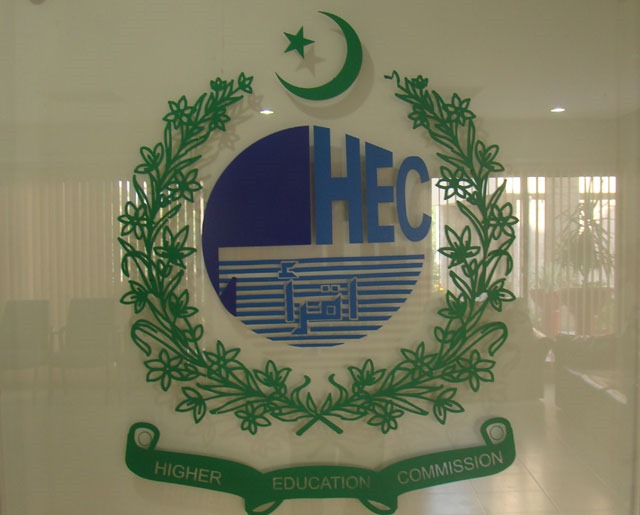 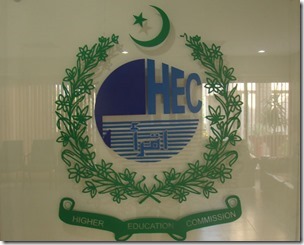 The Higher Education Commission (HEC) of Pakistan and Ministry of Information Technology & Telecom (MoIT&T) have agreed to benefit from each other’s experience in the field of information and communication technology for proliferation of ICT in Pakistan.

Prof. Dr. Mukhtar Ahmed, Executive Director HEC welcomed the delegation and apprised about the working, functions and role of HEC for strengthening higher education sector in Pakistan. He informed that the establishment of the HEC in 2002 has heralded a revolution in higher education in Pakistan; The HEC has accomplished more in ten years since its establishment than was achieved in the first 55 years of Pakistan’s existence.

Research output has grown eight-folds since 2002 (from 815 in 2002 to 6,200 in 2011). 90% of these research publications from Pakistan are coming from HEIs. Output has more than doubled just in the last 3 years and is expected to double again in the next 3 years.

Speaking on the occasion, Chairperson HEC Dr. Javaid R. Laghari said Pakistan today is a regional leader in ICTs which other countries are following. The Digital Library provides access to 75% of the World’s literature (23,000 e-journals and 45,000 e-books). The video conferencing facility has been provided at 79 sites having footprints in 32 cities throughout the country. He also informed that due to revolutionary reforms in the sector, Pakistani universities have been included among the top world and Asian universities and Pakistani higher education model is being followed by other Asian countries.

The delegation was also given a detailed presentation by Mr. Anwar Amjad, Director General (IT) on ICT initiatives of HEC which act as catalyst in changing landscape in higher education.

The benefits of Pakistan Education & Research Network, its role in uplifting the overall standard of research and education in the country, and operational activities were also highlighted.

The delegation was apprised on the National & Regional Data Centres as established by HEC in Islamabad and provincial centres which are hosting ICT services to higher education sector. The video conferencing facility is not only used for interactive meetings and lectures delivered under Virtual Education Program – Pakistan, but it is being exhaustively utilized in the field of Telemedicine and Agriculture field research.

Live demonstration on the initiatives of video streaming and archiving, multimedia library, and unified communication were also presented to the delegation. Research repository containing more than 6400 Pakistani PhD theses in digitized form, plagiarism eradication tool as provided to all HEIs, HEC – Microsoft Education Alliance, higher education management information system as being provided in first phase to 30 HEIs to help them improve academic and administrative governance, and business intelligence solution to help all stakeholders in their decision making were also briefed to the delegates.

During the meeting, HEC offered unified communication services; video conferencing facility and file tracking system to the ministry and the ministry officials also assured their cooperation towards HEC’s proposal to Universal Service Fund (USF) operating under Ministry of IT for connectivity of about hundred degree colleges in Baluchistan.

The delegation appreciated the role of HEC in brining vibrant and effective changes especially in ICT sector of Pakistan. They acknowledged that HEC has functioned extremely well and has delivered during the last decade. They remarked that they have been impressed by visionary and capable leadership of HEC, the development strategy of HEC and various steps undertaken to improve quality of teaching and research and IT infrastructure development and human resource development in Pakistan.