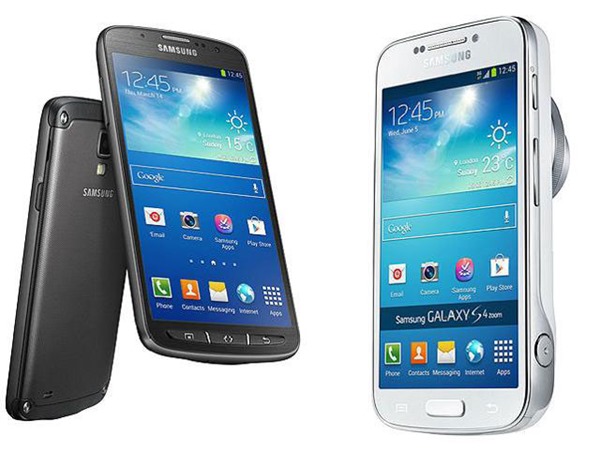 As of now, Samsung has launched as many as 5 major variants of its Galaxy S4 flagship so it can be a bit of a headache to decide which one is worth buying for you.

So for the sake of comparison and to make the decision a bit easier to make, here’s a table comparing the features of all the existing Galaxy S4 versions:

It’s worth nothing though that the GS4 i9505 quad-core SnapDragon version is the phone targeted mainly towards the American market so finding it may prove to be more difficult than you’re thinking. Also the Octa-core version edges it (even if slightly) in benchmarks. Its worse when it comes to battery life though and the i9505 may be more expensive due to shipping costs, duties and taxes imposed while importing.

The GS4 Active is distinctive in a way from the others because of its tough build and waterproof & dust resistant nature. Also it looks better than the regular Galaxy S4. The Galaxy Zoom, however, is for people who mainly take photos using their phone cameras. It’s basically the Galaxy Camera at its heart but with phone capabilities. It’s not very portable and suitable for usage as your normal smartphone, though, due to its huge lens.

It all then comes down to the user, what do they want. It is important to keep your needs in check while buying the suitable version of the phone.