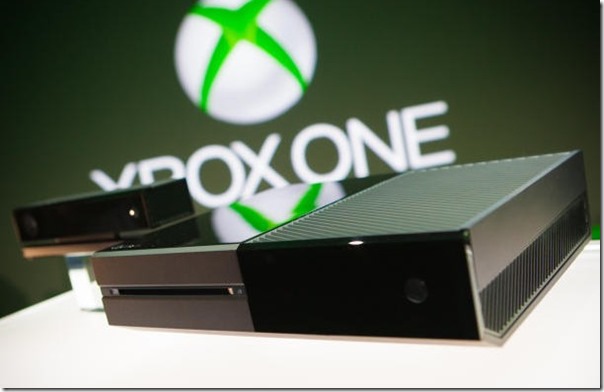 I’ve always been a Microsoft guy when it comes to computing & even for the smartphones, their products have always attracted me,. Although they never became my top choice. In game consoles, however, the scenario is a bit different. My favourite consoles have been Sony’s and I even developed a liking for Nintendo’s products but never did I get such feelings for the Xbox, mainly due to the high price and exclusive game library which apart from Forza and a few others I never really liked that much but that’s a strict matter of personal taste, I agree.

So when Microsoft was on the verge of announcing its next-generation game console, I thought it might all change this time. This excitement, however, evaporated as soon as the console was announced, and even more so in the next few days.

Just compare the console launches and even the features of the PS4 & Xbox One and you’ll see that Sony’s package has trumped the Microsoft package in almost every possible way. It won’t be changing, at all, this time.

Microsoft’s Xbox One launch was mostly a hit-or-miss affair. They tried to show that the console was as much of an entertainment centre as it was a game console. That move hit them back, hard, as gamers didn’t got much know-how of the capability and compatibility of the console.

At E3 however they did demonstrate the console’s powers where it really showed its power. The console exclusives looked and played amazingly but PS4’s console exclusives did outnumbered them. And also looked better. The Xbox One will get their own list of exclusive titles too, including the all famous Halo and Forza (which is my favorite racing game of all time), but that’s again a matter of personal choice.

According to Sony, over 140 titles are in pipeline for the new PS4 (including the newly announced The Order: 1886, Killzone: Shadow Fall and Gran Turismo 6), with 100 games coming this year. This will certainly be a worrying issue for Microsoft.

Restrictions are the Xbox One’s Achilles Heels. Microsoft’s self-imposed limitations have themselves created certain question marks over the console’s success.

To start off, there’s the issue of used games where the user will have to pay a small amount of money to install a game from a used CD which I find totally absurd. Also it will have to be connected to the internet (atleast once every 24 hours) for cloud and other services. Connection with the Kinect accessory is also mandatory.

To play games in the Xbox One, the game will have to be installed from the CD to the console hard drive. The problem is that it can’t be replaced with one with a higher capacity unlike the PS4.

If you thought those were big issues, then probably you should think again because both the Xbox One and its games are region-locked. That might prove to be the real deal-breaker for countless people all over the globe.

The Xbox One will be available for $499. Compared to that the Nintendo Wii U’s base model costs $299 while the Sony PlayStation 4, its archrival costs an aggressive $399, a whole $100 cheaper. It won’t be coming with the PlayStation Eye though, unlike the One which comes with Kinect.

But its price, coupled with the fact that it carries more power under the hood makes it an obvious winner. Now obviously, sometime is still left before the launch of both consoles (which is sometime in the fall season) and Microsoft should definitely address these issues in that time.

The success also depends upon the launch date. If the launch date of the One is before the PS4, then it might gain a huge advantage over its nemesis. In the opposite case though, a tough competition is expected.

The One is marketed as being as much of an ‘entertainment center’ as a game console. But why will you buy the thing in a country where Xbox Live, the online hub of the console isn’t accessible and most of the services unavailable, along with the substantially higher price? The answer to the question of the game console being better here seems a no-brainer.

Microsoft can atleast learn some lessons from Sony. It launched its PS3 with an inflated price tag and garnered loads of criticism. It did, however, got some serious acclaim after a redesigned, more competitively-priced second iteration. Microsoft is in a similar, if not exactly the same situation right now. All eyes are on them. If they want to succeed they must act quickly.