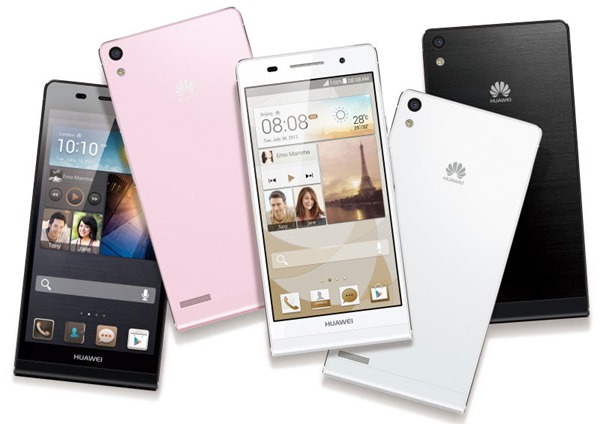 After multiple leaks and teases, Huawei has finally launched its Ascend P6 smartphone. The phone is crowned the title of the world’s slimmest smartphone with its 6 mm profile.

The design of the phone is a bit close to the iPhone so lawsuits may follow the release, but nonetheless looks really striking with its glass panels and aluminium sides. Dual-sim support is there too.

The display of the phone is of 720p HD resolution and is 4.7 inches big. The OS running is Android 4.2.2 Jelly Bean with Huawei’s Emotion UI on top of it. A 1.5Ghz quad-core Cortex A9 processor and 2 GB RAM should provide the phone enough horsepower. The back boasts am 8 megapixel camera with Full HD video recording. A pleasant surprise though is the 5 megpixel camera upfront.

Here are the full specs of the Ascend P6:

The phone will be available this month. Pricing is unknown as of now but shouldn’t be sky-high really given Huawei’s history. Even before its release, the phone already got a respectable 2 million pre-orders. Needless to say though, the phone looks much better than most Android flagships.