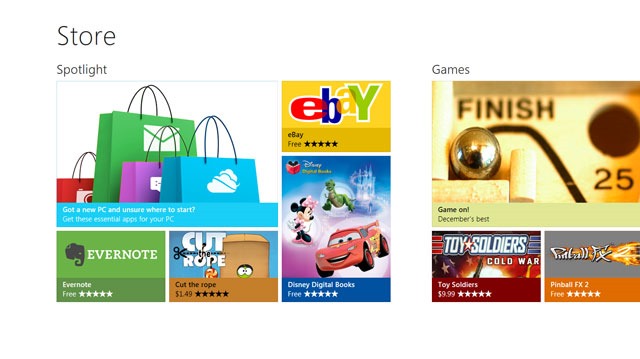 The Windows Store platform for Microsoft’s Windows 8 and RT operating systems has just reached the milestone of having a hundred thousand apps. The achievement was announced via twitter and it took just 7 months to accomplish, not unlike what Microsoft had predicted.

The announcement came just days after the company announced that the Store was about to reach 100,000 app margin. Compared to 7 months, Android took 18 months to achieve the feat while iOS took 14.

The news, however, is the greatest for the Windows RT platform which can’t run legacy programs and is reliant on the Store solely for content. This, then, should help the OS to garner some new potential buyers as the main apps are almost all onboard now with the remaining ones coming in the meantime. Also along with the launch of RT 8.1, success might not be that far really, unless luck is really against them.