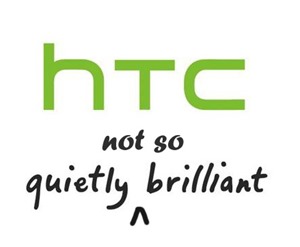 One of Android’s biggest problems is the sheer number of devices running on versions below Ice Cream Sandwich 4.0.

About 40% of Android devices still run on versions 2.3 and 2.2 and the manufacturers mainly are at blame here.

Yet, what’s most irritating is that even the largest of Android smartphone makers are neglectful of their customers by not updating Android Software on their phones after launch.  HTC, one of the larger companies of the market is no exception. They’ve already had a long history of broken promises and failure to update phones.

According to Google’s policies, an Android-running device receives updates for at-least 18 months after launch, which makes its HTC One S, one of the first phones and flagship of the One series eligible to receive updates. And after all, there’s no questioning, the hardware is more than capable. But still, HTC has no plans to update the OS for HTC S by despite only 15 months have passed since its release.

The One S however is not the first HTC phone to have been stripped of its bragging rights in such a way. Several of their phones; the Sensations, Thunderbolt, Desire HD, Desire S, Incredible S and the original Facebook phones; all have been denied updates on numerous occasions.

The importance of the OS updates is mainly due to the fact that they bring new features & interface, nitpicks out bugs & security flaws and add more value to the overall package. They also increase the resale value of a product.

And unfortunately, HTC isn’t the only company to do this to their customers, even though they are undoubtedly among the largest. A lot of companies, especially Chinese manufacturers are known to do the same too. And this is also the main reason why Gingerbread remains one of the biggest Android versions.

Android changed radically after Gingerbread. Ice Cream Sandwich made the OS look mature and took out several fundamental flaws from it. As long as Gingerbread’s there, Android won’t be changing and hence its flaws.

No matter how much you may loathe at Apple and Samsung for their deficiencies, you simply cannot deny the fact that they are at the top when it comes to updating phones and providing customers with optimum support. Apple has only now declared the original iPhone 2g obsolete and updated iPhone 3GS to iOS version 6. Samsung on the other hand improved their rate of rolling updates out quite radically starting from Galaxy S II after messing things up quite badly with the original Galaxy S.

HTC, by not updating a high-end phone has placed its own future in the uncertain. The question which looms now is that whether its current flagships will be updated or not, or will the customers who spend their hard-earned money be upset again.