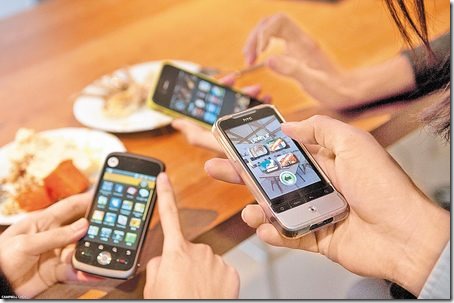 The good, old days of the smartphone industry, where one saw long waiting lines before a new release or headlines telling “millions of units sold” might well have been numbered. As industry analysts have been observing lately, the smartphone sales have slowed down, making many people of this industry wonder whether their fortunes are about to take a turn.

As of the second quarter of 2013, more than half of all phone shipments worldwide are Smartphones as lower prices have made them more accessible. The arrival of new features (and gimmicks) overtime have perhaps equally lured people onboard the ship as well but obviously nothing timely is without its side-effects.

The myriad of features added in smartphones with the passage of time have killed the need to upgrade. Tech-enthusiasts, for sure, will upgrade as quickly as possible but the average person will find a smartphone of today to be more than enough for a lot more time than one might think.

And this, coupled with the disappointment brought by to the lack of new features and improvements in the bad ones is possibly the biggest cause why Apple and Samsung, among several others have missed sales targets.

Earlier this year, the prey of all this fiasco was Apple which missed analysts expectations and saw its shares slide from $700 to $417. This time they are Samsung and HTC, who are both facing similar problems, seeing their shares slide and sales miss targets simultaneously especially in the case of the latter.

Of course, it is still early to predict anything decisive but one thing is for sure: market is surely getting saturated with the laundry list of smartphones flooding the market with way more features than people need, thereby killing the necessity of upgrading.