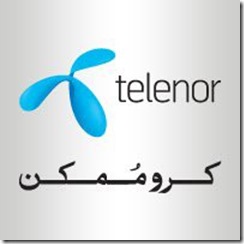 The gaming machine, which was first introduced in 2009 has helped increase awareness for environment and ICTs in students from more than 100 public schools and has also enhanced their communication and decision making skills.

The contract extension ceremony took place at Children Library Complex (CLC), which is also responsible for organizing the student visits for this game. Global Countdown, a role play strategy game, was developed by Telenor Norway ASA in 2005.

The initiative is aimed at enhancing the outreach of ICT tools in public schools and empowering the young through ethical and interactive role-play. The audience of the game is expected to scale-up to numerous public schools in Lahore over the next few years.

Speaking at the signing ceremony, Aslam Hayat, Vice President Corporate Affairs, Telenor Pakistan said “Telenor Pakistan believes that the telecom industry has the power to transform society, which is why we pursue corporate responsibility as an important part of our operations in close liaison with the Government. Global countdown is one such initiative which empowers the youth through ethical and interactive role-playing and thereby augments our efforts to maximize the positive impact of telecommunications, create shared value for the society and help shape a sustainable future for all”.

Earlier, the chief guest, Punjab Education Minister Rana Mashhood Ahmad Khan praised Telenor Pakistan’s initiative for the development and empowerment of youth and said “The Global Countdown initiative by Telenor Pakistan will help in recognizing young people as a driving force in global development and promote youth participation as partners and leaders. Young people must be a central focus for every country and this initiative will support, prepare and engage the youth as well as harness their energy and creativity for a positive change.”

The gathering was also addressed by Secretary Environment and Secretary Schools Education, Punjab who emphasized the role of ICT-based interventions through Public Private Partnerships in furthering the cause of education and environment protection.

The ceremony was followed by Q&A session on the Global Countdown game. At the end certificates were also distributed among participants who successfully completed the game.