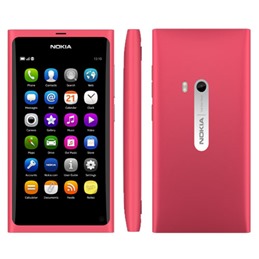 Disclaimer: This is an unsponsored piece which focuses on the great deals available in any reputable online store.

Nokia N9 will go down in history as one of the biggest failed potentials in history. The phone was the first to have NO soft-keys whatsoever. Nokia called it the device which would change the way we use our phones.

Its biggest Achilles heels was its ground-breaking Meego OS which was just as revolutionary as it was threatening to Windows Phone and wasn’t even launched in key markets. None of that could stop the phone from selling out at launch.

It seems that homeshopping.pk is in dire need of clearing the stock as soon as possible now, which is the reason why they’re selling this piece of history for pennies. A phone which originally retailed for around Rs. 64,000 at launch, the Nokia N9 is now available for Rs. 20,990.

But the question, then, is that what will you do with it? You certainly can scrap the OS and install Android on it but a purist will always prefer the simplicity and cleanliness of Meego. Regardless of your preference though, this is a great, great chance of owning a piece of modern collector’s item which was killed by its own maker. Ruthlessly.

Here’s the Link to Book a Nokia N9 from HomeShopping: ClicK here 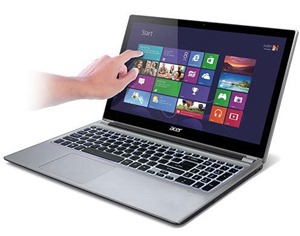 Getting a touchscreen laptop running Windows 8 is a pretty expensive affair. Until now, because computer zone has slashed the price of the Acer Aspire V5 to Rs. 51,500. The laptop will usually cost you around Rs. 90,000.

Under the hood you get Intel Core i5 processor, 6 GBs of RAM and a 750 GB hard drive. The display is a 15.6 inch LED one with HD resolution.

It also happens to be a multi-touch touchscreen, which is vital if you want to experience Windows 8 to its fullest. On the connectivity front, you have Bluetooth 4.0, Ethernet, Wifi, USB 2.0, USB 3.0 and HDMI.

It is, however, worth noting that the laptop is not a new one (it’s refurbished though) and is coming without a warranty — so you better check it out before buying it.

Still, 51K for a laptop with specs like these and a gorgeous design sounds like a pretty attractive deal.

Here’s the link to book this device: Click here

The Sony Ericsson LiveView is one of the reasons why the Sony-Ericsson partnership fell apart: lost potential. The LiveView could’ve been a great project. Exactly opposite to that happened.

Still, via a great deal at Shophive, you can get your latest collectors’ item for Rs. 3K only. The watch can pair with any Android phone running on Android 2.1 or above, and after doing that you can use its 1.3 inch OLED display to navigate around Facebook, Twitter, calendars, RSS Feed or any of its plugins.

It has got little future though, undoubtedly since it has been succeeded by Sony’s SmartWatch and then SmartWatch 2 but for 3000 PKR, it might find customers.

You’ll need to be careful though.