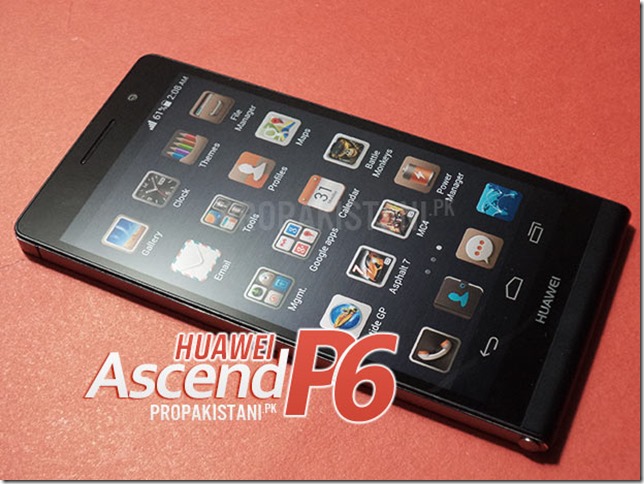 Huawei along with exclusive distributor warranty partner, Airlink Communication, has announced stock availability of its Ascend P6 across Pakistan from today.

“Ascend P6, the most awaited flagship model and the slimmest smart phone the world, which is in high demand, is to be available in Pakistan from August 1, 2013 in Pakistan”, announced Mr. Fraz Khan, Head of Marketing, Huawei.

Notably, the phone has got readily acceptance in London market because of its outstanding features. Huawei brand has been working in Pakistani market since 2009. It has sold approximately 10 million Smartphones in 2009 and 14 million in 2012.