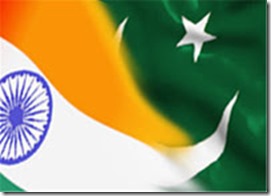 Indian secret agency believes that someone from Pakistan posing as Major Vijay from Indian Army headquarters had called up a BSNL employee in February this year, and followed it up by email communication with the staffer to obtain critical information.

The home ministry is of the view that this email communication led to the ISI successfully installing malware on BSNL’s networks, and this may have contaminated the telco’s computer systems and compromised the integrity and security of the system.

According to the report, Indian home ministry is fearing that the spyware might have enabled ISI to identify and access communication links of sensitive organizations.

Furthermore, the report suggests that the same malware might have given Pakistan the ability to remotely monitor BSNL’s networks and operations, providing the ISI with the capability of disabling critical networks. [two_third]

Report – which is based on documents released by Indian secret agency – wasn’t confirmed independently by the publisher.

However, it doesn’t mention if IP address of the email communication of alleged Pakistani operative was spoofed as well or not.

This is not the first time that Indians have alleged Pakistan and its ISI just to spoil the names and to cover its own misdeeds.

Moreover, report doesn’t clarify that why BSNL employee didn’t notify his line manager before giving out sensitive information – that could give away controlling rights of the entire telco – to an unknown army officer, with whom he/she was communicating for the first time.

This is not the first time that Indians have alleged Pakistan and its ISI just to spoil the names and to cover its own misdeeds.

It will be interesting to mention here that Indian army and secret agencies earlier this year mistook two planets for Chinese spy drones.  Indian Army, reportedly, spent six months watching “Chinese spy drones” violating its air space, only to find out they were actually Jupiter and Venus.