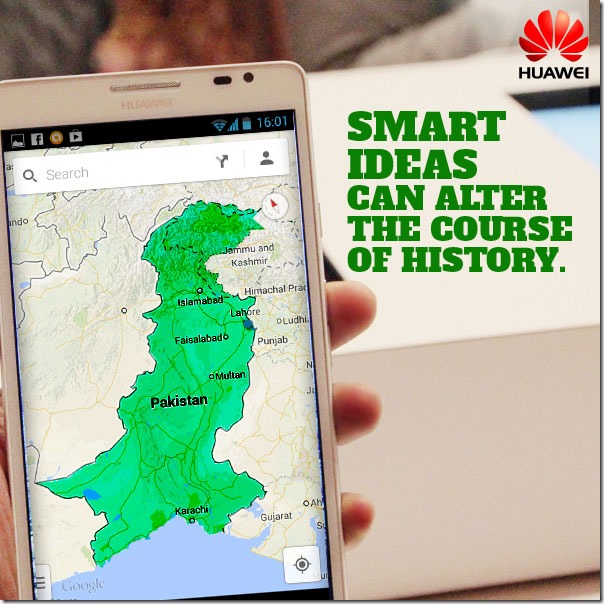 Along with other famous companies of all sorts who were wishing Pakistan its Independence Day on Facebook, Huawei did a bad job. As it seems, things didn’t go as well as Huawei or it’s digital agency might’ve hoped for.

Company yesterday posted a photo of the Huawei Ascend Mate displaying an image of the map of Pakistan (Image is now removed from Huawei’s Facebook page) along with a Independence Day message. Eerily though, the area of Azad Kashmir wasn’t included inside the green parameters of our boundary, even worse, it wasn’t marked as a disputed area.

The image created an uproar on Facebook with many people questioning the ignorance of the Chinese telecom giant and some even calling for a boycott of the company. User Ehtisham Arif and several others posted the correct images on the comment section for the company to see but no official response has surfaced so far.

Pakistan is undoubtedly a huge market for companies like Huawei who are one of the most prominent smartphone-makers operating in the country but hurting the sentiments of their faithful users won’t be doing their depleting image any good.

Only an apology seems fitting in this case, instead Huawei removed the image altogether to close the chapter.