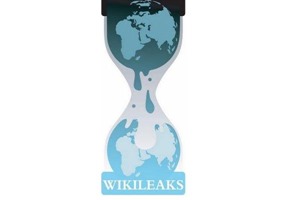 Bradley Manning, the US soldier who had served in Iraq and most famous for leaking 250,000 diplomatic cables, hundreds of thousands of war logs and several infamous airstrike videos (which proved pivotal during the Arab spring) has been sentenced for 35 years in prison.

He was found guilty of multiple acts of espionage and theft but was cleared of the most serious charge of “aiding the enemy”.

Manning will serve at least 1/3rd of his sentence before he can apply for parole. This time period does, however, include the time taken during his trial and pre-trial development so his actual serving time will be shorter. He was also dishonorably discharged and stripped of his pay and rank.

Bradley Manning has already apologized for his actions citing his personal issues and said that he didn’t mean to bring any harm to his country. The US government had originally asked the judge to send him to prison for 90 years but wasn’t successful there.

Before being found guilty, Manning had served for the US Army near Baghdad towards the end of the last decade. Then in 2009, when working as an intelligence analyst, he started leaking information to Julian Assange’s WikiLeaks, strongly believing that public information must be open.

He got caught when Adrian Lamo, a notorious hacker to whom Manning had confessed leaking cables opened his mouth in an interview with Wired. The rest is history.

So far, not many official responses have come up but one from Julian Assange has.

“Mr Manning’s treatment has been intended to send a signal to people of conscience in the US government who might seek to bring wrongdoing to light,” he said. “This strategy has spectacularly backfired, as recent months have proven. Instead, the Obama administration is demonstrating that there is no place in its system for people of conscience and principle. As a result, there will be a thousand more Bradley Mannings.”

Manning’s lawyer has already said that he will petition President Obama, asking for pardon. Amnesty International also asked the US President to reconsider the outcome of the trial. That looks highly unlikely though, especially since the US government itself had initially asked for a much longer sentence.

Credits to The Verge, Wikipedia, WikiLeaks, BBC and numerous others for this story.