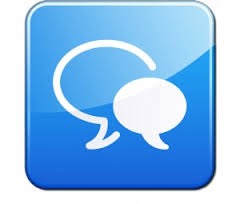 However, it is now emerging that that only voice and SMS chat rooms are to get blocked, and the usual SMS bundles and voice bundles that telecom companies offer are going to remain intact.

This mis-understanding was spread across the telecom industry as we had spoken with at least a dozen telco officials who were equally shocked at the decision.

PTA’s yesterday letter which clearly read “Packages Offered by CMTOs Contrary to Moral Values of the Society” is now asked to interpret as chat rooms that are offered by cellular companies, with which their customers could chat anonymously with other subscribers.

While there was no mention of chat rooms in the letter, the term used as chat packages is apparently what had confused everyone.

Telco officials have confirmed ProPakistani that they have received verbal communication from PTA about the issue and it is likely that PTA will issue a follow-up directive or a clarification later today.

A telco official said that they still think that SMS and Voice bundles are to be stopped, unless there comes a new directive clarifying the situation. He said that PTA must had used the term “Chat Rooms” instead of “Chat Packages” as this is how telcos advertise the offering.

Furthermore, Chat Rooms are offerings, not packages and should have been termed accordingly, the official concluded.

We will update this story as soon as we receive the clarification from PTA, or any development on the story.

Pakistan Telecommunication Authority has issued a clarification regarding its yesterday’s letter. Below is the clarification as it is:

With reference to news reports on Pakistan Telecommunication Authority’s latest letter to Cellular Mobile Operators (CMOs) to stop ‘chat packages’, PTA spokesperson has clarified that it is not a new matter but a continuity of the PTA letter of November 14, 2012 on the same issue.

Earlier also, PTA after receiving various complaints from Hon’able Supreme Court of Pakistan, Standing Committee of the Parliament, various Senators and MNPAs and the consumers has taken up the matter with the CMOs on the issue of negative social effects of late night packages and chat services.

In this regard series of meeting were held with Cellular Mobile Industry subsequent to which PTA letter was issued to all CMOs to stop late night packages/ chat services.

It is further clarified that the latest letter dated 29 August, 2013 is continuation of the previous letter regarding chat services.

During the survey, it was observed that some chat services were still being offered by the CMOs. PTA acting on various complaints, issued a new letter barring such chat services.

PTA spokesperson further clarified that they have never stopped SMS and call Bundle packages as wrongly reported by a section of press.