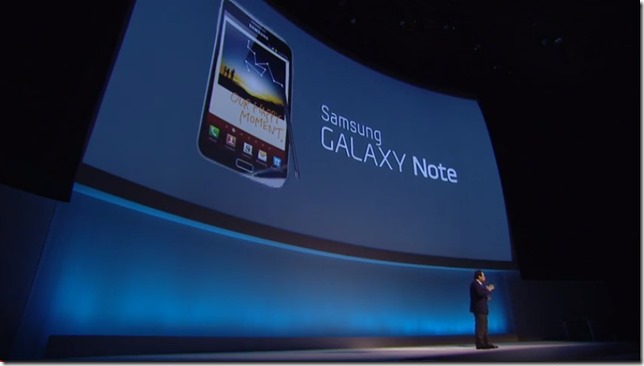 Samsung’s Note is undoubtedly the world’s most popular phablet.Nobody had expected it to sell this tremendously when it was first launched around three years ago. Instead, it sold in millions. More importantly, it helped trigger the phablet revolution, something which started to make sense thanks to its S-Pen.

So when Samsung took the stage to launching the Note III yesterday, the world knew something special was coming up. The newest iteration of the world’s most popular phablet features an even bigger screen, 13 megapixel camera with 4K Ultra HD video and either an SnapDragon 800 or Octa-core Exynos processor.

The Note III has seen a different approach in design this time. Gone is the polycarbonate plastic back of the previous generations and instead, matte leather has made an entrance. So no metal this time but we guess leather isn’t too bad either.

The display is now a 5.7 inch unit with Full HD resolution and pixel density of 386ppi. (That last bit is actually just a numbers game as anything above 300ppi is just useless). Despite the larger display, the Note III is even lighter and slimmer than before at just 168g and 8.3mm.

Under the hood you get either a quad-core Qualcomm SnapDragon 800 or Samsung’s own Exynos Octa-core processor. The former will be available for the LTE version. That will be accompanied by Adreno 330 graphics, 3 GB of RAM and either 32 or 64 GB of expandable storage.

At the back, the camera has a higher resolution of 13 megapixels now, along with 4K video at 30 fps or 1080p video at 60fps. A 2 megapixel Full HD camera follows at the front. For connectivity, the phone uses microUSB 2.0, USB-OTG, Bluetooth 4.0, NFC, Infra-red, dual-band Wi-Fi and optional LTE. A dual-sim version of the phone will be available later too. 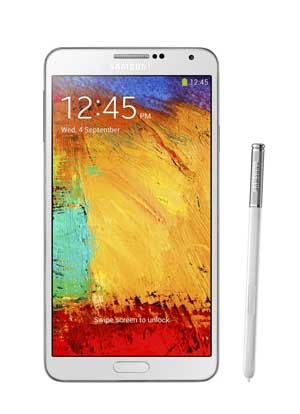 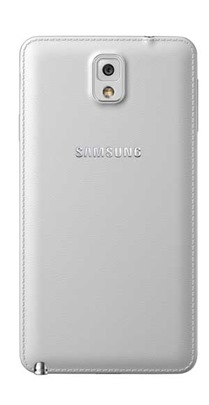 As usual is the case with Samsung’s top-of-the-line smartphones, the Note III comes with software tricks (or gimmicks, whatever you call them) of their own. This is a tradition which was started by Samsung itself.

Air Command is a menu which comes into action as soon as you pull the redesigned S-Pen out or when you press the S-Pen button while flashing the stylus above the display, giving you multiple options regarding note-taking and stuff.

The first option is Action Memo which turns your notes into nifty, useful stuff. For example, scribbling down a phone number will result in the call being taken while an address will open Google Maps instantly.

The next in the line-up is Scrapbook which collects anything you highlight on the screen via the S-Pen. That is followed by S Finder which simply searches for your asked query from your notes or any other highlighted stuff.

The 4th in the list in Screen Write which just does what it is supposed to do while the last one is Pen Window. Its an immensely gripping concept where you draw a square on the screen and choose apps to float around on the screen. This amazing idea lets you run several of your important apps at once, while still using as much screen-estate as you want.

Samsung has also taken a response against HTC’s Blinkfeed by enhancing its own My Magazine app. The Note III will get its own Flip Leather cover in a huge variety of colours.

Here are the full specifications of the Note III:

Note: Some specs may differ in the International and LTE versions

The Note III will be available later this month for an unknown price tag. The price of the previous generation Note will get even more cheaper which will make it an even more attractive deal.

While this year’s Note III features some big changes, the users of last year’s Note don’t necessarily need to upgrade if they still manage to extract juice from their device. But then again, that varies from user to user.