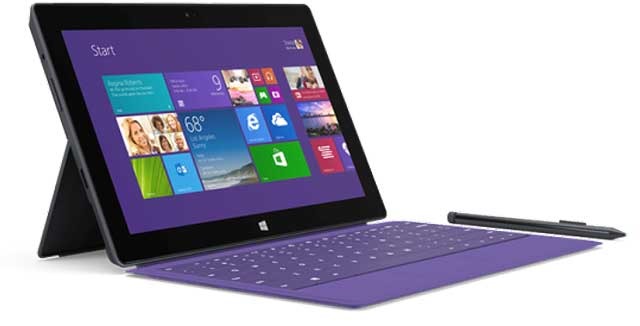 On Monday, Microsoft took time to unveil the successor to the first-generation Surface RT and Pro tablets. The new Windows RT and Windows 8-running tablets are renamed the Surface 2 and Surface Pro 2 respectively and come with several cool improvements, both on the surface and on the inside.

The Microsoft Surface 2 Pro comes with the same 10.6 inch 1080p display with 1920 x 1080 resolution with, but with 46% more colour accuracy now. It is also Gorilla Glass protected and supports pen-input. (A digitizer pen is bundled along with the tablet.)

On the inside, it comes with a dual-core 4th-generation Intel Core i5 “Haswell” processor which is clocked at 1.6Ghz (can be turbo-boosted to 2.6Ghz). Alongside it is Intel HD 4400 Graphics and 4 or 8 GB worth RAM.

All in all, the new Surface 2 Pro offers 20% performance boost, 50% graphics boost and thanks to Haswell, 75% battery life increase. It is also more cooler and quieter than before.

There are two HD cameras on the front and on the back as usual. For connectivity, it has 3 USB 2.0 ports, 1 USB 3.0 port, Bluetooth 4.0, mini DisplayPort, Wi-Fi, microSD card slot and 3.5mm headphone jack.

The design is the same VaporMg as before and now, it also features a two-step kickstand on the back. The Surface 2 Pro runs on Windows 8.1 out-of-the-box. 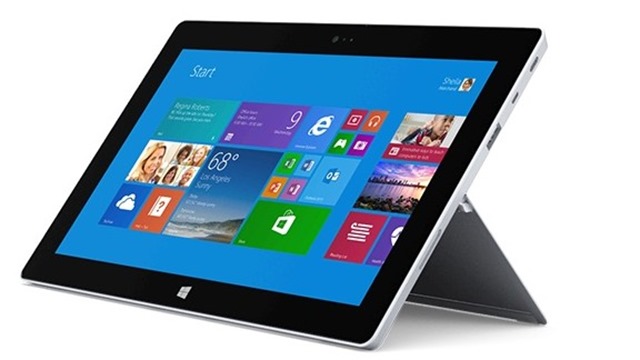 The Surface RT proved to be one of 2012’s biggest let-downs and Microsoft are keen not to repeat that again in 2013. Called the most-productive tablet ever, it now comes with a 10.6 inch 1080p ClearType Display and Gorilla Glass protection.

For connectivity, it comes with Bluetooth 4.0, USB 3.0, microSD card slot, HDMI and 3.5mm headphone jack. Battery life is quoted at being 10 hours.

Both the Surface 2 and Surface Pro 2 will hit the markets in the coming few weeks and will come 200 GB worth free SkyDrive storage for 2 years, as well as free Skype calls for 1 year.

Along with 2 new tablets, Microsoft also announced several new keyboard covers for the Surface tablets. The tablets are now thinner and lighter than before.

The Touch Cover 2 features 1092 sensor now, compared to only 82 previously. The Type Cover remains mostly as before. A new cover called the Power Cover was also introduced which is actually a Type Cover but has a battery inside. All of them are backlit unlike before, and have a proximity sensor on the inside to variate the lightning levels on the keyboard.

Microsoft also announced the new Surface Remix project which is just like a normal cover, except that it trades the keys of a keyboard for music controls. It is mainly targeted towards DJs. Microsoft has even made a dedicated website for it.