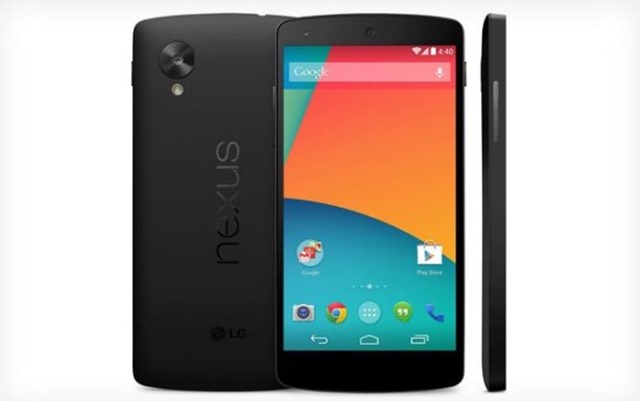 In the entire Android world, no gadget is more awaited than Samsung’s latest flagship and the newest iteration of a Nexus phone. Every year during October Google takes its turn to announce the latter and this year, the expected date is 28th.

For the second year running, the dice has fallen in LG’s favour, perhaps to challenge Samsung’s supremacy. This is how the new Nexus 5 might turn out, based on rumours and leaks.

We have gathered all the leaks and rumours to put Nexus 5 a shape. Here’s how it is likely to look like:

The display of the Nexus 5 will most-probably be a 4.95 inch IPS unit with Full HD 1080p resolution. The name itself seems to indicate a 5 inch screen.

The design is still a matter of speculation but Nexus 5 seems to have bid farewell to the exquisite but fragile glass-back of its predecessor. There’s also a landscape NEXUS logo written at the back but that should change in the final version as well. It will be available in White and Black.

Smartphones from Nexus series are best-known for offering a juicy spec-list at a price which comparatively more people can afford. The Nexus 5 will most probably come with hardware specs similar to the LG G2, namely a SnapDragon 800 processor with 4 Krait 400 cores clocked at 2.3Ghz, 2 GB RAM, Adreno 330 GPU and 16 or 32 gigs worth storage, non-expandable of course.

The back camera will be an 8 megapixel unit with LED Flash, Optical Image Stabilization and Full HD 1080p video recording.

Considering how mediocre the Nexus 4 camera was, this unit here might feature some special effects or bells-and-whistles. There will be a 2 megapixel at the front.

This one is another no-brainer. Android 4.4 KitKat will be making a debut alongside the Nexus 5 and common sense says that it will come pre-installed on the phone in Vanilla form. The official Nestle Kit Kat page has been teasing about the announcement for long enough and has already confirmed that the latest OS will come in October.

The phone might use the new Wi-Fi standard 802.11ac and microUSB 3.0 (which debuted on Note 3). LTE versions will be coming shortly after. Bluetooth 4.0, NFC, USB-OTG and a few other exotic connectivity options might also make an appearance.

We are actually quite sure about the pricing, thanks to a leak on Play Store courtesy of Google. The device made a mysterious appearance for a few minutes there, costing $349 for the 16 gig version. The 32 GB model, hence, should cost $399.

Availability is not properly known but the phone should hit the markets at the end of this month or during the first few weeks of November.

We won’t say that this phone is cheap but compared to competing products, it sure is tempting. It will be a pain to find at a reasonable price in the first few months of its availability but prices should settle down in the coming few months after its release.

Here are few leaked images of the device as well: 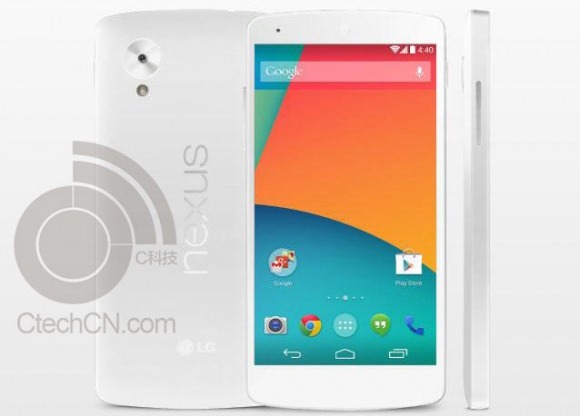 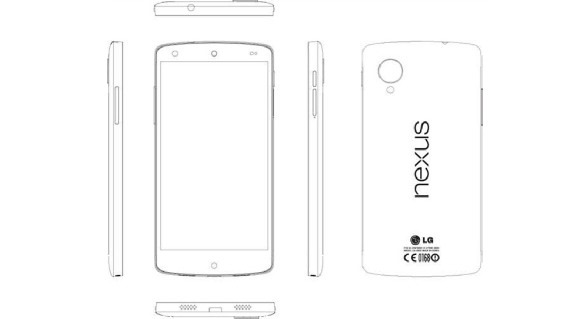 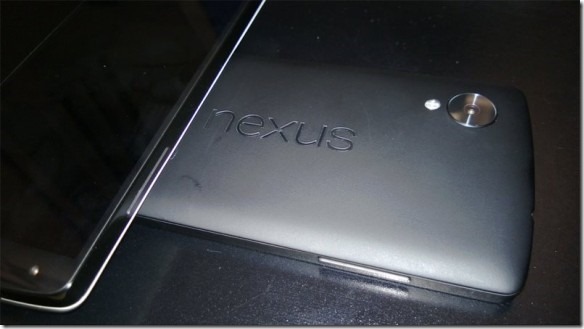 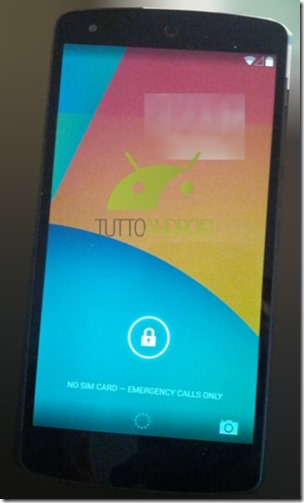