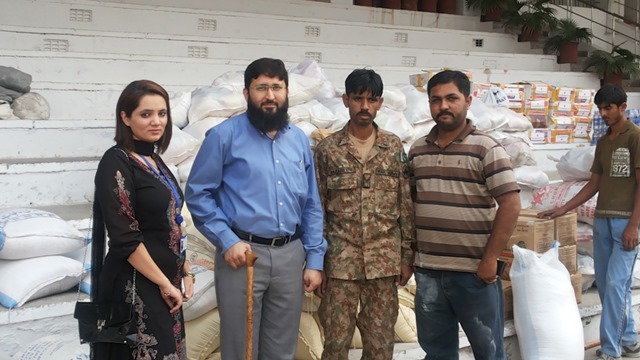 Samsung Electronics has provided food assistance for the earthquake victims of Baluchistan. A press statement said.

Baluchistan was hit by two major earthquakes with a gap of four days. The earthquakes with the intensity of 7.7 and 7.2 magnitudes respectively, jolted the Awaran and Kech district of Baluchistan. It turned the majority of mud brick houses into rubble in a matter of seconds and created a humanitarian crisis.

Mr. John Park, MD Samsung Pakistan said, “In recent calamities in Baluchistan, Samsung Pakistan and its employees have contributed with open arms and will remain devoted for the cause of humanity.”

The arrangement of relief goods from Samsung Pakistan employees has helped cater to the severe shortage of food in the affected areas of earthquake. Notably, Samsung has been an active donor and contributor to the social welfare activities in Pakistan.