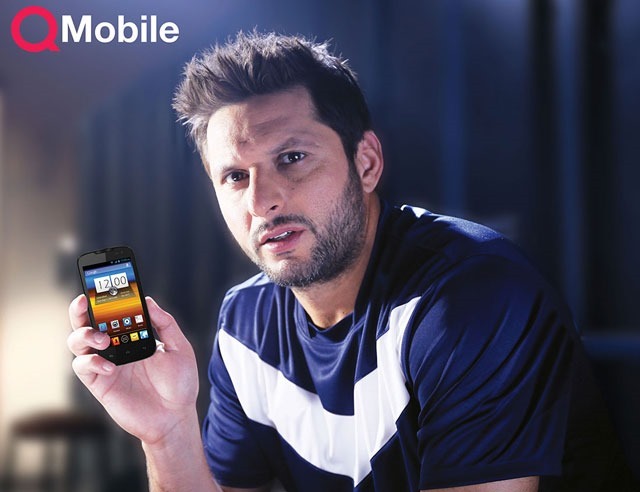 In affirmation to this claim Afridi’s brother and manager Mustaq Afridi declared that even though Afridi has been associated with various brands in the past is now exclusively a part of QMobile as its brand ambassador and has nothing to do with any other brand in the cellphone industry.

QMobile claims to be the the most popular cell phone brand in Pakistan.

The Chairman and CEO of QMobile Zeeshan Akhtar told that recipe for their success is in the fact that they have always been able to provide the masses with the latest technology along with their satisfactory client services.

QMobile’s smart marketing strategy under the supervision of Zeeshan Akhtar has led them to engage the best of stars in their marketing campaigns.

Upping their game further they have signed the man whose mere presence is enough to charge a stadium full of hundreds and thousands of fans cheering on stands.