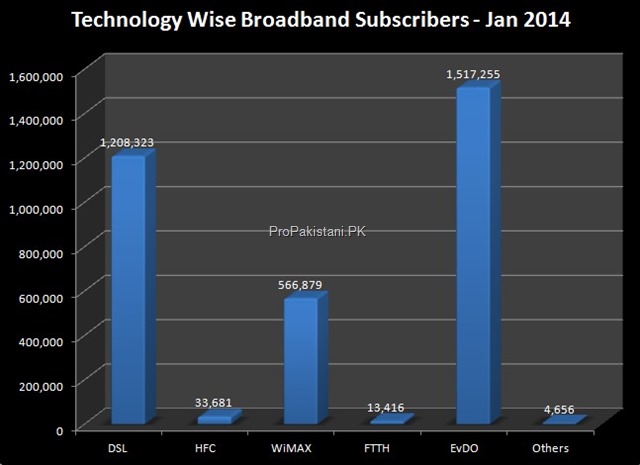 Main contributors remained the EvDO technology, which acquired 256,543 new subscribers – or 80 percent of new broadband customers — in last three months. This was made possible through back to back aggressive offers from PTCL for EVO services.

Total number of customers on EvDO networks surged to 1.52 million, which account to 45 percent of marketshare in terms of broadband subscribers.

DSL remains the second top technology in terms of broadband subscribers with a total of 1.20 million subscriptions.

PTA didn’t say anything on companies’ marketshare, however, it is evident that PTCL controls majority of broadband subscribers in the country with roughly 65 percent market share in terms of subscribers.

It is still unclear if churned customers were excluded from the stats or not. Market sources confirm that churn-rate of PTCL’s EVO customers has risen significantly due to attractive plans for new subscribers. It is often seen that customers with old plans discard their in-use EVO devices and get new ones.

Having said this, it must be noted that Pakistan’s broadband market is all set to grow exponentially after the planned auction of 3G/4G licences, which is just a few weeks away now.

Check out more details in below graphs: 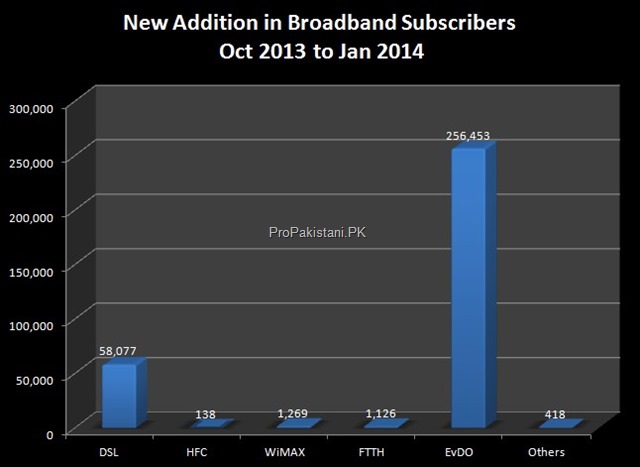 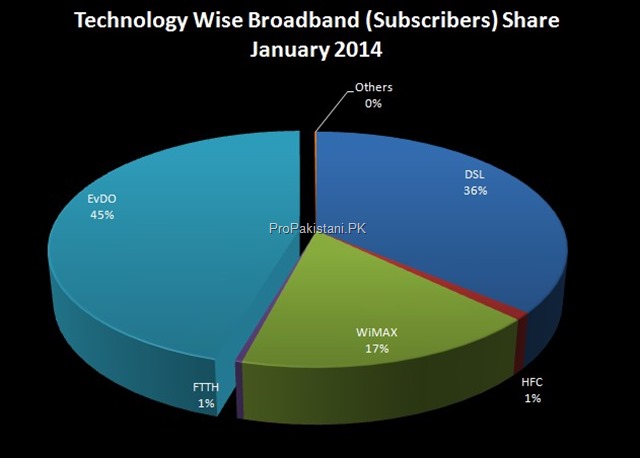