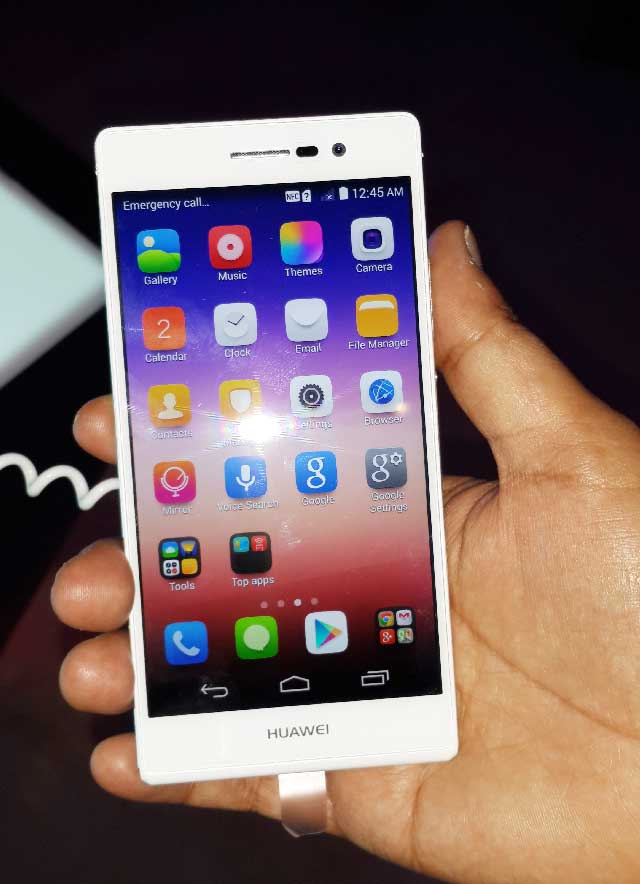 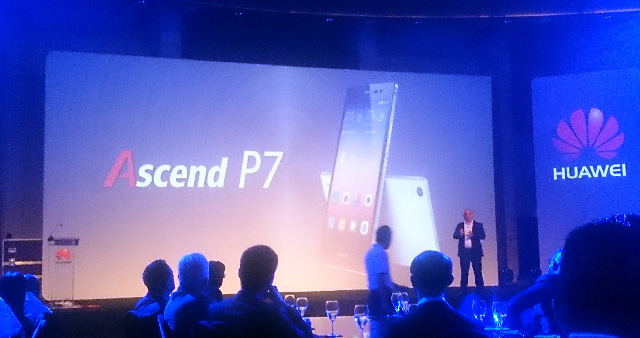 Huawei’s latest flagship device Ascend P7 has been officially launched in MENA region through a mega ceremony held in Dubai.

Company said that phone will be available on Pakistani shelves starting later this week from June 14th, 2014.

Ascend P7 improves upon previous year’s star smartphone, Ascend P6. It does feature a similar design but now it is bigger, better and a little thicker (6.5 mm). The front side is dominated by a large 5-inches LTPS IPS display, which offers a 1080p resolution with a high pixel density of 445ppi. 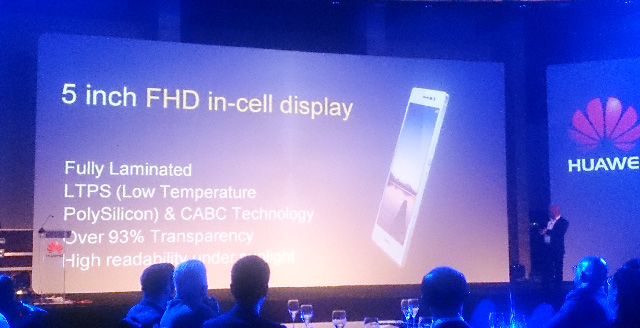 As compared to the aluminium back of Ascend P6, the new device features a glass back, made with 7-layers using a micro-pattern design ─ which results in beautiful texture when exposed to light. 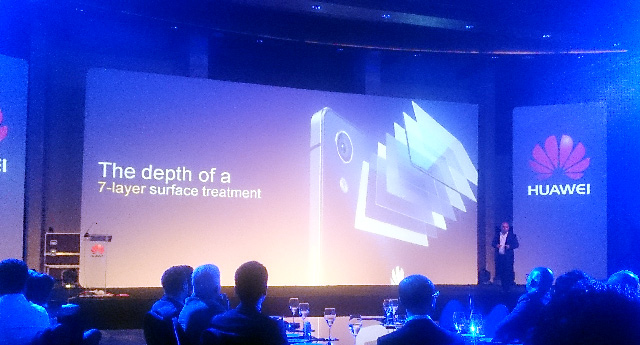 The metallic chassis and the placement of keys as well as USB port and 3.5mm headphones jack have been changed. The microUSB port has now been moved to the bottom and 3.5mm jack is on the top.

Ascend P7 is packed with a 13-megapixel primary shooter, and a whopping 8-megapixel BSI front facing camera. Which takes the selfie addiction to a next level. 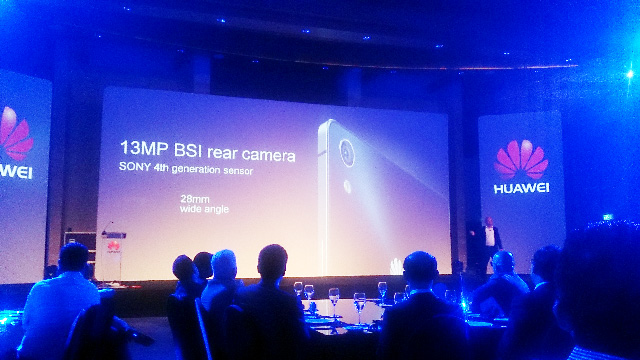 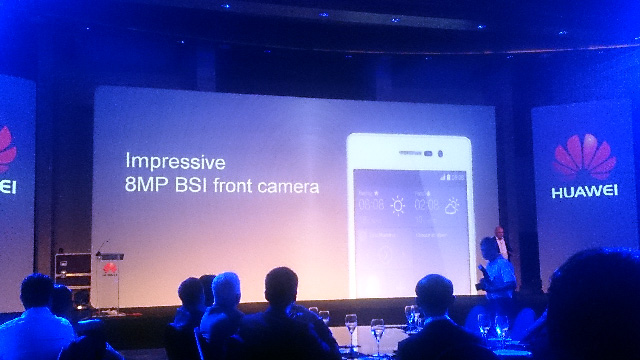 Both front and rear cameras are coupled with Blue Glass Infrared filters to provide a sharper image and reduce the noise in photos. The primary camera has a large f/2.0 aperture which helps taking good photos even in low light conditions.

The new device also features Ultra Snapshot mode, which quickly takes an image when your phone is in sleep mode by double pressing the volume down button.

It takes almost 1.2 seconds to capture the action which is quite impressive.

Huawei has launched a special app called “Mirror”, aimed specifically for ladies. This app will help you see your reflection as in a mirror. 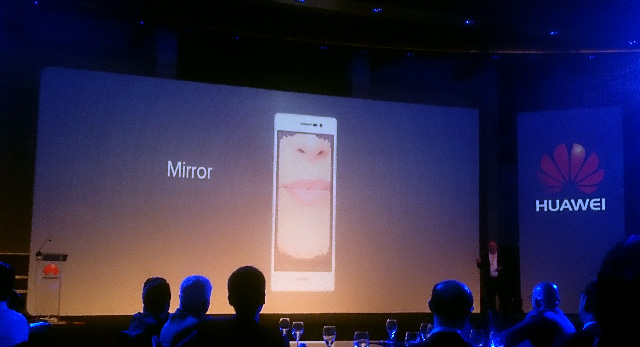 Then there is this another app that claims to have the ability of enhancing your beauty. We like the idea and are somewhat convinced with the results through this presentation slide but a self test is what we will require to get you more detailed review of this feature. 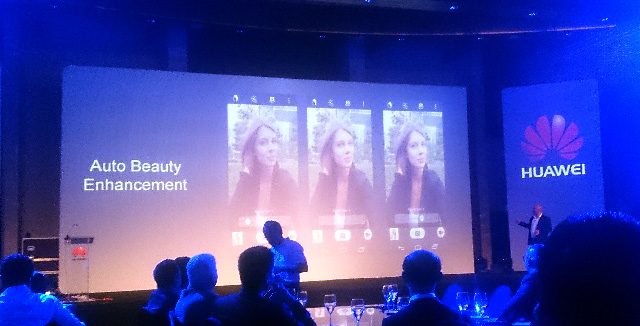 Under the hood Ascend P7 is packed with Huawei Kirin 920T quad-core processor, clocked at 1.8GHz along with 2GB of RAM, 16GB of internal storage and the option to extend it via microSD card slot.

This phone has support for 4G LTE networks and it quickly switches to 3G or 2G network when you are out of coverage area, thanks to the Dual Antenna you’ll get full signals all the time.

Ascend P7 runs on the latest flavor of Android (KitKat 4.4.2) along with Huawei’s home baked EMUI 2.3 on top of it. 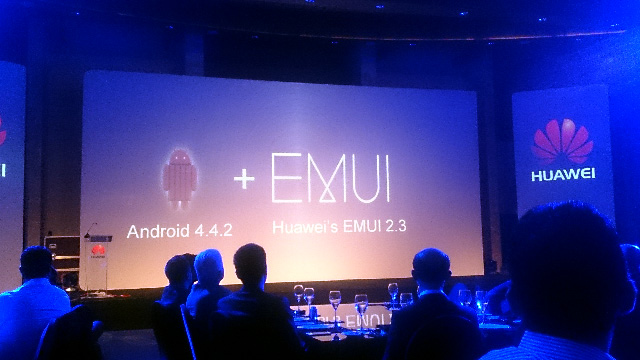 The newest version of EMUI offers a lag free experience and incorporates many new features, including but not limited to Phone Manager, Lock screen app launcher, Magnifier, Mirror and hundreds of themes to choose from. 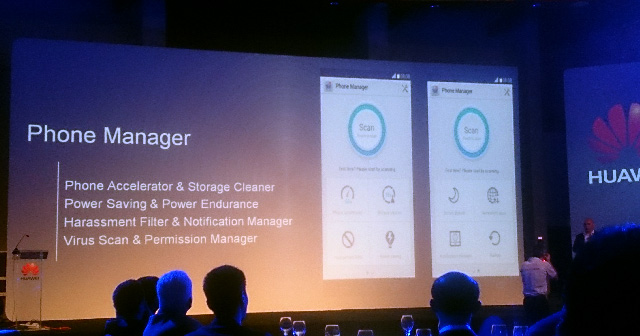 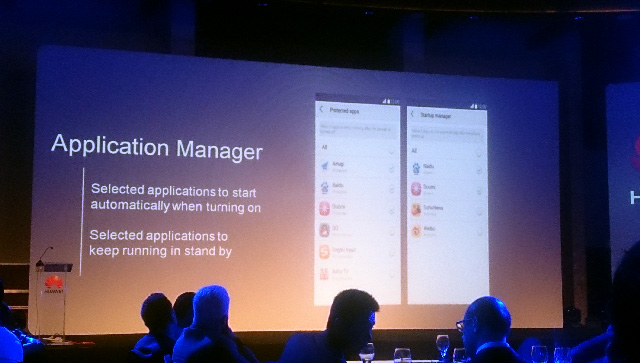 This new device is packed with 2500mAh battery, which according to company claims is good enough to power the device for almost 2 days after a full charge. 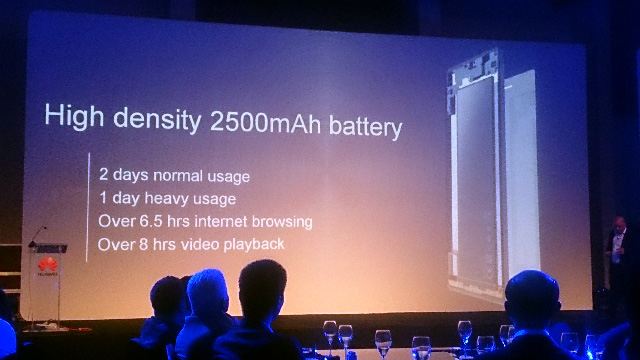 Other than smart battery plans to conserve battery, Huawei’s ultra power saving mode will automatically kick in when battery goes down to 10% and will keep running the phone for next 24 hours.

Huawei Ascend P7 will be available in Pakistani market from 14th June at price of Rs. 47,000 (Just as we had predicted).

The phone will be sold in a variety of colours, including black, white, and pink along with colourful protective cases, clamshell protective screen covers, and portable batteries. The accessories will also include Talk Band B1.

We will bring a full review of this device along with hands-on video very soon, so keep checking back.