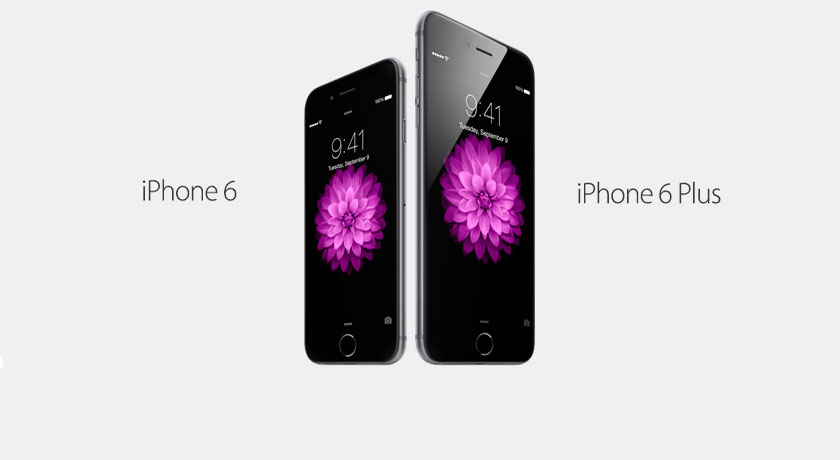 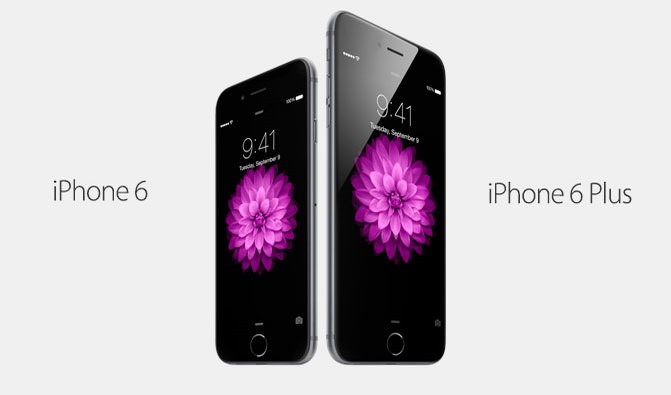 September always brings with it a number of notable smartphone announcements which ultimately define the smartphone industry, the iPhone being one of them.

Last year, we got the iPhone 5S and the 5C, the former of which brought among several notable features including Touch ID fingerprint scanner and a 64-bit processor. But it was still somewhat felt that it came at a wrong time, especially when the industry was shifting towards larger displays.

Well that has been rectified this time, with the iPhone 6 and 6 Plus having 4.7” and 5.5” displays respectively. But that’s not all. Just how special this event is can be understood by the fact that this event has taken place at the Flint Center in Cupertino, the very location where Apple announced its very first bubbly iMac, the product which defined what Apple is today. It is also the first time the company is itself live-blogging its event. 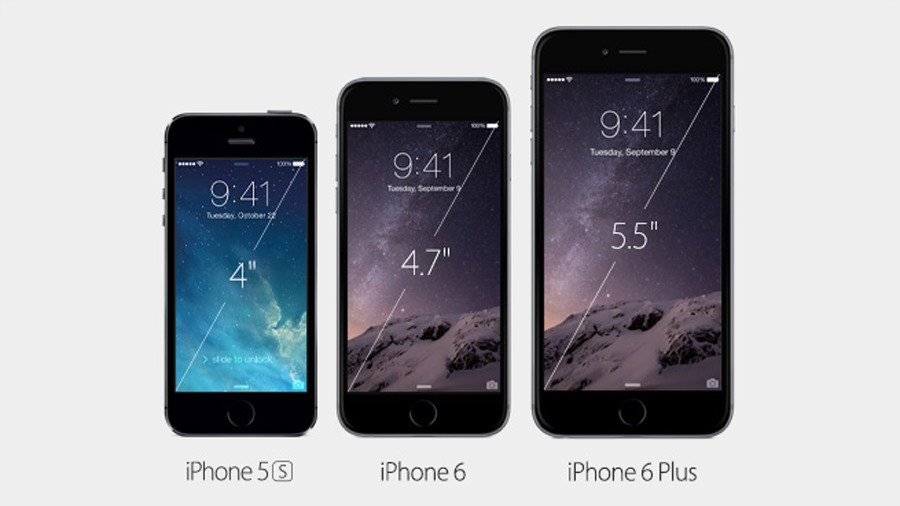 The iPhone has always been applauded for its excellent industrial design and the new models are no exception. The design has been revamped, with the phone decidedly curvier and thinner. This has been done to make it more seamless. It’s also thin, with the smaller and larger models having a 6.9mm and 7.1mm waistline respectively. 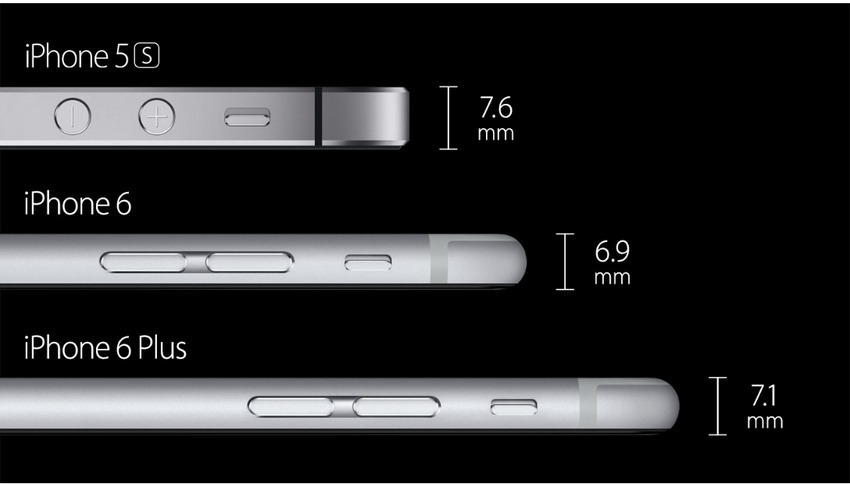 The displays are bigger but the resolution is also higher. Retina Display HD, as it is now called comes with 1,334 x 750 resolution and 1080p resolution in the two models. It is an sRGB-accurate, ultrathin backlit, photo-aligned IPS liquid crystal, improved polarizer, ion-strengthened glass.

The new iPhones come with an all new A8 processor, which is a bit smaller in size than before. The main thing however is power, and this one is 25 percent more powerful than before, and 50 percent more power efficient. Coupled with it is a new M8 motion processor which can now better detect your steps and elevation and depression.

The A8 can also provide great amount of power for comparatively longer periods of time before missing a beat.

As a result of all this, the new iPhone will manage to churn out up to 11 hours worth video playback, 14 hours of 3G talk time and 10 days of standby in the smaller model. On the bigger one, the figures are even better.

The new iPhones also come in the long-missed 128 GB flavour, other than the commonplace 16 and 64 GB versions. If you want to know about all the Apple mobiles, here’s a list of the latest Apple mobiles price in Pakistan and their specs. 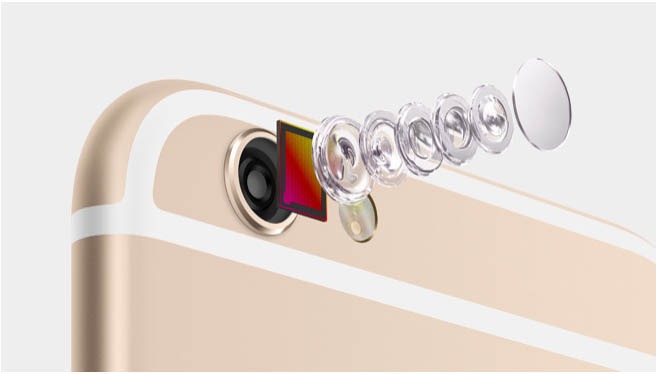 The cameras on the new iPhones are still the 8 megapixel lenses which we’re used to, but wait before you thrash them. The ‘iSight’ cameras come with the same True Tone Flash of last year, as well as f/2.2 aperture but also a new sensor. You also get phase-detecting autofocus, a new Best Shot mode and better phase detection.

Panoramas can be snapped in up to 43 megapixels, and are assisted by a new-generation gyroscope. A little perk for the iPhone 6 Plus owners will be the inclusion of optical image stabilization.

Videos of 1080p resolution can be captured in either 30 or 60 fps, while the slo-mos in up to 240 fps, up from the “measly” 120 fps on the last model. The front camera brings 81 percent more light, burst selfie mode and better face detection. Will selfies ever be the same again? 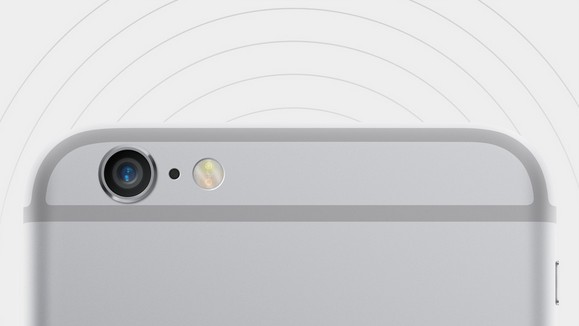 The new iPhones support LTE connectivity of up to 150 MBPS, as well as Wi-Fi 802.11ac. Remember, last year Apple made fun of near field communication? Ironically, the new iPhones come with that too, to assist the user in managing their payments via Apple Pay.

This is a new system of payments which will be introduced via iOS 8, on the iPhones as old as 5. Tim Cook lamented how the credit cards were medieval and insecure and talked highly of this system. What the fuss is all about then?

It works after you’ve added an existing card to your iTunes account or a new one through the iSight camera. It can then be used in any of the 220,000 verified stores, where you pay by placing your finger on the Touch ID. Done. Visa, MasterCard and American Express have all joined the boat, let’s hope this system will get more common than its rather unsuccessful rivals.

Most importantly, none of this info gets to Apple so your privacy will remain intact. 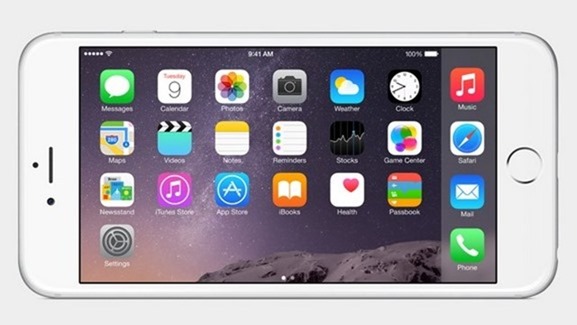 The new iPhones come with iOS 8 pre-installed. The new OS comes with its own arsenal of features but we’ll focus here on the ones pertaining to these iPhones.

There is this new two-panned landscape mode, which essentially turns the larger phone into sort of a small iPad (above). The other big feature is the one-handed mode, which is activated through the home button. That’s inline with Apple’s usual philosophy of preference of single-handed usage.

The new keyboard comes with Quicktype, which is Swype-like typing. The Health app is updated, while the Notification Center brings in yet more functionality. The new update will be available on the 17th of September. 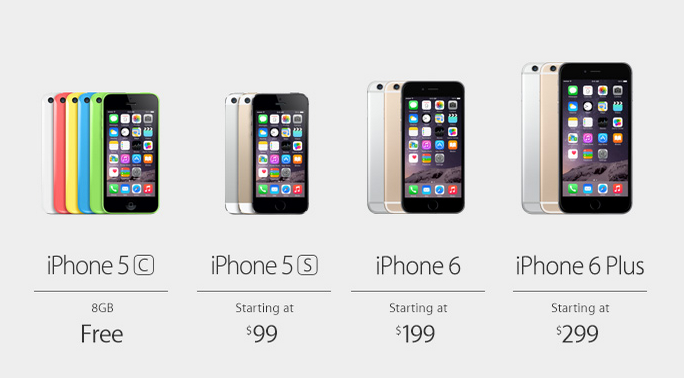 Off contract, the usual pricing schemes will follow, namely around $699 for the entry-level iPhone 6. The phones will be available in Gold, Silver and Space Grey.

The iPhone 6 marks the high point for Apple. It goes on to show that Apple still hasn’t lost its charm and marketing prowess. As with the company’s products, the opinions will highly oscillate but with 1.3 million apps, you can’t possibly disagree that Apple has the strongest amalgam of apps, games and other entertainment services. Sales figures, like I said last year, will always have the last word but until they arrive, you can commend Apple for a job well done (or at least it looks like so).