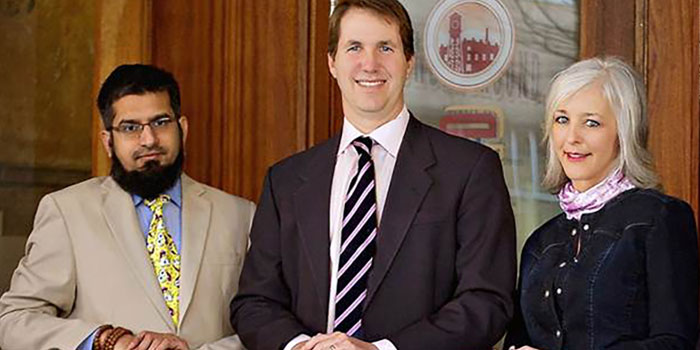 It’s a well-known fact that terror attacks on schools have reached an all-time high which even has the UN appeal for assistance from countries across the globe. Naturally, serious threats of security leave parents too afraid and worried to let their children off to school. Folks at PredictifyMe, including Co-founder and chief data scientist, Dr. Zeeshan-ul-Hassan Usmani, seem to have come up with ways to combat terrorism with technology in their own special way.

The technology employed by Dr. Usmani’s software Soothsayer and SecureSim combats terrorism in a couple of steps. Firstly, the algorithm for Soothsayer is capable of analyzing as many as 200 indicators in order to forecast the probability of an attack. These indicators range from weather, nearby countries and visits by international dignitaries to day of the week, major holidays and sporting events. What’s most impressive is the fact that the algorithm helps achieve all this with an accuracy of 72%.

On the other hand, SecureSim can imitate explosions by simply considering the sort of explosives as well as environmental and physical elements that exist in a given place. The way the software has been designed, it can evaluate the vulnerability of a school building to an expected explosion before determining the kind of impact and injuries it will cause. Moreover, SecureSim suggests safety measures to reduce the size of the impact and injuries eg. increasing distance between classrooms and main gate.

Sukkur-born Dr. Usmani has worked closely with co-founder Rob Burns in order to attempt to resolve social problems in their respective cultures. Dr. Usmani returned from the U.S where he strived to come up with technology that could minimize casualties from bombings in Pakistan. This is the point when he launched Go-Fig Solutions with the aim of predicting bomb blasts in the country. It was not long before the two co-found PredictyMe which acquired Go-Fig Solutions along with its technology in the process.

The technology that Dr. Usmani incorporated in the software is being donated to 1,000 schools in Pakistan

It’s worth noting that PredictifyMe doesn’t simply stress on predictive security; instead, the focus lies on much broader commercial applications. For instance, it’s an avid way for insurers to determine when drug shortage may arise or for retailers to anticipate the impact of marketing campaigns on a particular product.

The technology that Dr. Usmani incorporated in the software is being exclusively used overseas as of now. However, it is now being donated to 1,000 schools in Pakistan. Next target is 200,000 schools before this is extended to schools based in other countries. Plans are in place to adapt PredictifyMe to predict non-explosion events such as shootings some time in the future.