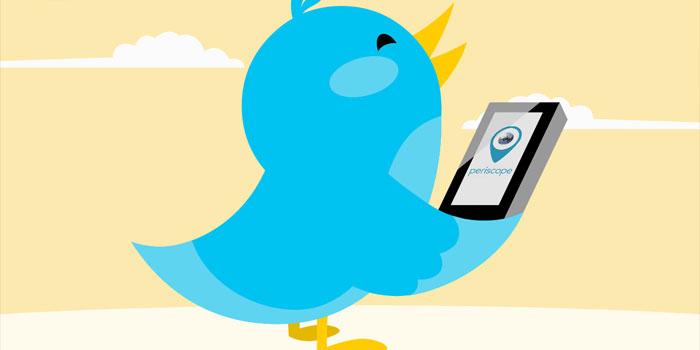 With the sudden rise of Meerkat, it is clear that live video streaming is becoming increasingly popular.

Twitter has now jumped into the game with its own live streaming app called Periscope. Twitter acquired the app a couple of weeks ago when it blocked Meerkat from its social network. After a little bit if tweaking Periscope is now ready to carry the Twitter label.

Periscope is easy to use and the app suggests the people you follow on twitter when the app is first launched. The app has a very simplistic interface, with the main page showing several videos that are currently being streamed. A user who is streaming can receive likes, in the shape of hearts, in real-time.

An added advantage over Meerkat is the ability to view archived videos hours after they have been streamed in exactly the same way as they were being viewed the first time. Kayvon Beykpour, Periscope’s co-founder, says the idea behind this is intentional. “We try to recreate the experience of having watched it live as much as possible,” he says.

Similar to Meerkat, the users get notifications when someone they follow starts a broadcast. If its not to someone’s taste they can turn off these notifications. Comments and likes both can be viewed in real-time by the broadcaster and the viewers.

Another interesting feature is that Periscope lets you broadcast privately instead of just to a public audience. Broadcaster can invite people they want to broadcast to, which Beykpour says is good for sharing intimate moments.

Also, unlike Meerkat, which auto posts rather obnoxious “|LIVE NOW|” tweets whenever someone is livestreaming on the service, Periscope has the option to turn these tweets off. Twitter users will have the ability to tweet a link to their broadcast if they wish to do so. Viewers can then watch the stream on the app or on the web.

Periscope is currently available to iOS users and Twitter has confirmed that an Android app is in the works but no time frame has been mentioned for the release.