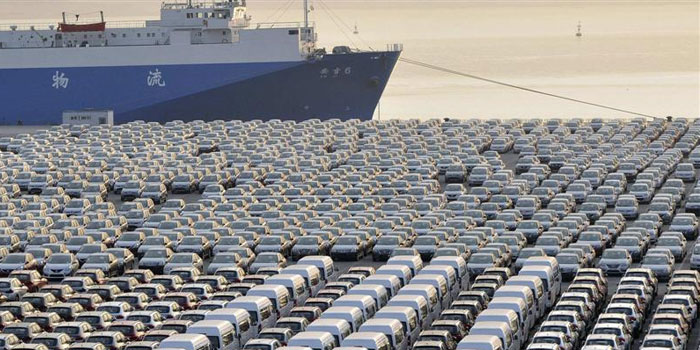 Pakistan’s auto industry has been struggling to survive over the years, as the average citizen lacks the finances to purchase brand new vehicles. It doesn’t help that the car financing system isn’t developed enough to facilitate such people.

With a revised car policy, automotive stakeholders have proposed a reduction of 80% in the import duties in an effort to boost auto trading in the country.

As it stands, close to 70% of the cars are acquired via car financing in other countries. Meanwhile, a mere 30% of people Pakistan take advantage of this option.

According to the Pakistan Association of Automotive Parts and Accessories Manufactures (PAAPAM), localization is the key to success in the industry. It’s the only plausible means of providing local customers with the kind of facilitation that they have always been in need of.

While some automakers have tried their luck in this regard with production and operations from within Pakistan, they ultimately had to abandon such endeavours due to the country’s non-restrictive auto policies.

70% cars are acquired via car financing in other countries while in Pakistan, it’s at 30%

At the end of the day, it’s the customers who are bearing the brunt of all this due to a limited number of options available to them. A number of Chinese car manufacturers have also expressed interest in the Pakistan auto industry. However, they’ve also been discouraged to enter the market for one reason or the other. As a result, the less competitive automotive market pushes car makers to charge higher prices from customers.

Other than the 80% reduction in custom duties for the next 5 years, there are a number of other reforms in the new proposed auto policy, which are listed below.

What’s in store for the future?

When and if implemented, the new auto policy will benefit both the upper class and low income citizens of Pakistan. The policy makers are looking to encourage motorcyclists who’ve wanted to switch their vehicles with a small car, but haven’t been able to do so thus far due to the rising car prices. The country’s car market is expected to get mature with the arrival of new car manufacturers.

Eventually, this may lead to vehicles that follow the international standards of safety and security. If granted an approval, these reforms can potentially drive a significant improvement in Pakistan’s economy in the longer run.

Please understand that this is auto policy is proposed by industry stakeholders, and government may or may not approve it. We are hearing that Government is interested in relaxing huge duties, especially for hybrid cars so there is some hope.

However, confirmation for this proposed auto policy will only be received after official announcement from the government.

We will keep you posted with any updates, when they will be available.