With this move, a three and half year ban on YouTube has been finally lifted.

Below is the PTA’s letter that is sent to ISPs to restore YouTube in Pakistan: 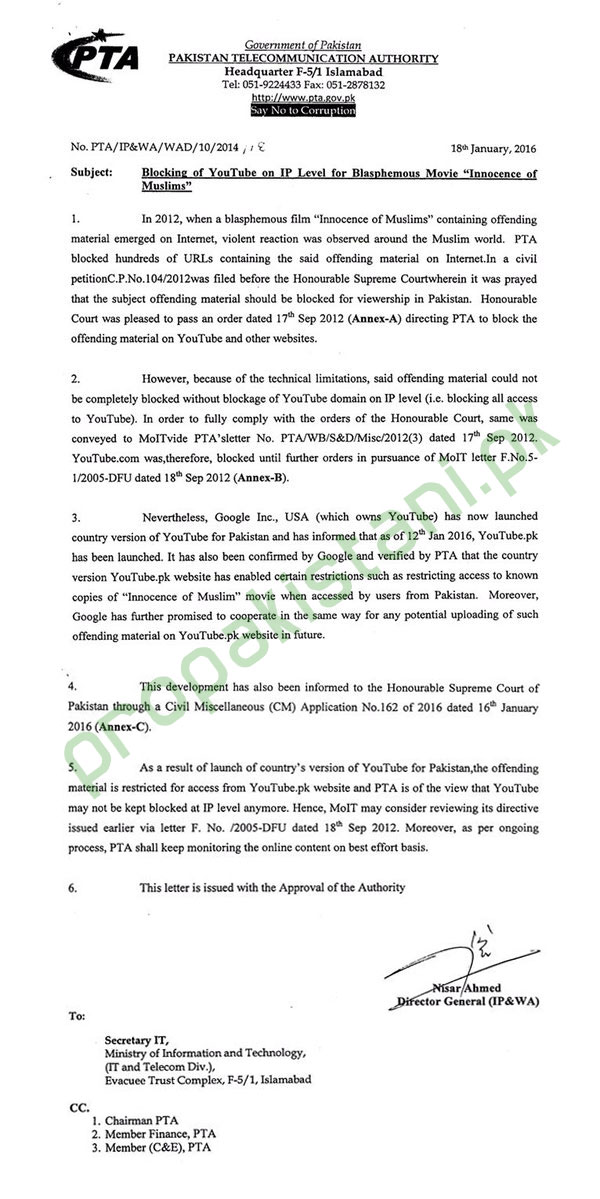