Mobile phone users in Pakistan reached 128.042 million at the end of January 2016, after five mobile phone companies added a combined user base of 2.14 million customers during the reported month, said the data released by Pakistan Telecommunication Authority (PTA).

Mobilink leads the charts with 36.97 million customers while Telenor is closing in the gap with 35.39 million subscribers. However, after planned merger of Mobilink and Warid, Mobilink will be able to widen the lead with more than 47 million post-merger customers.

Data shows that the number of 3G/4G users reached 24.709 million by January, 2016 as compared to 23.165 million by December 2015, showing a reasonable growth in modern mobile broadband services with each passing month.

More Details in Below Graphs: 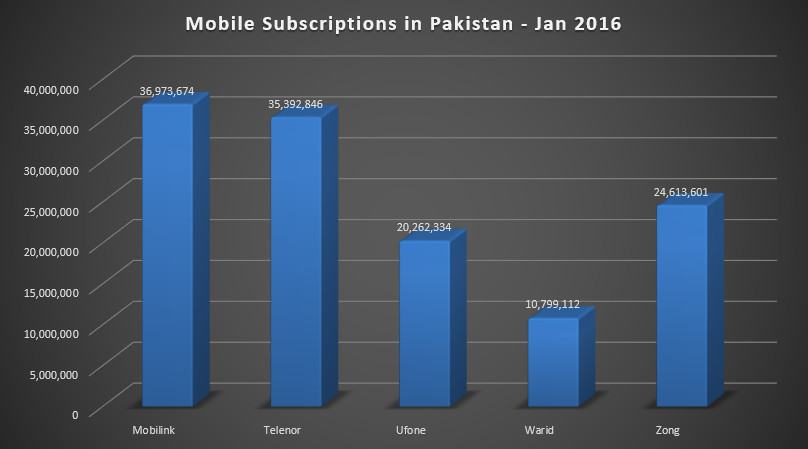 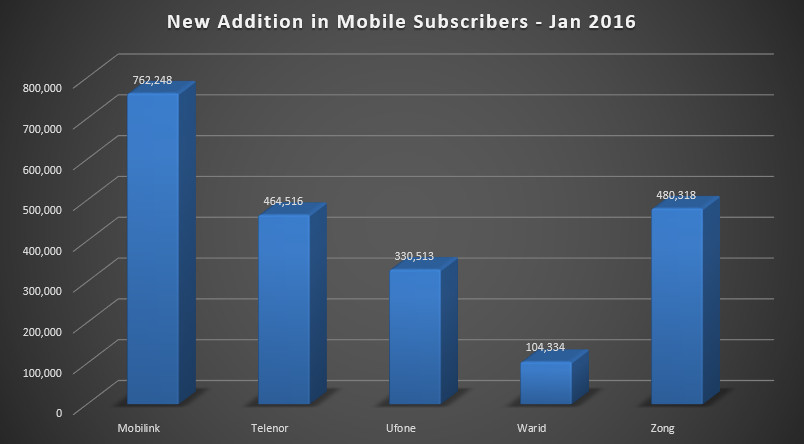 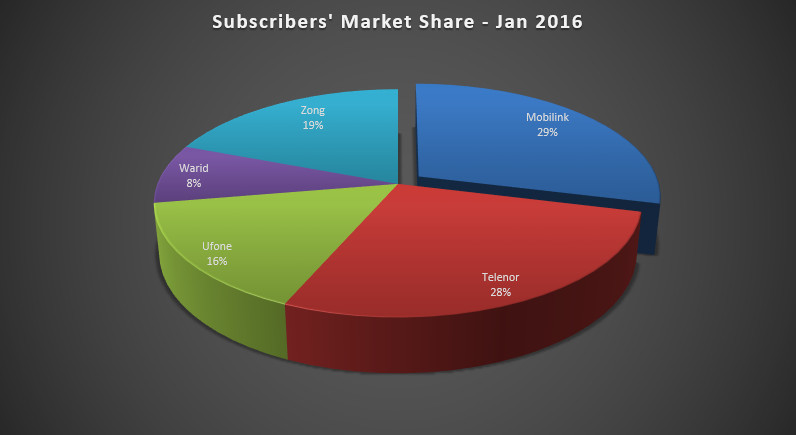 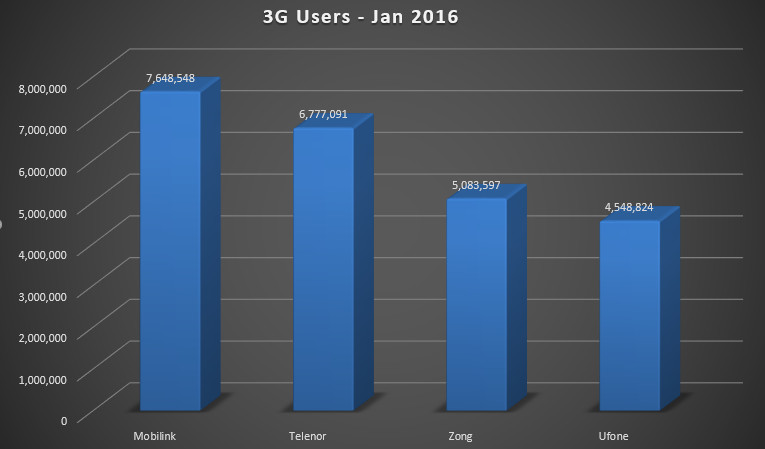 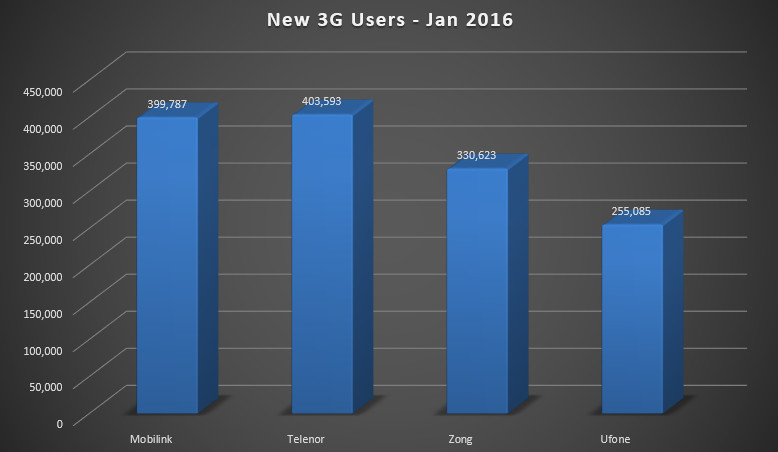 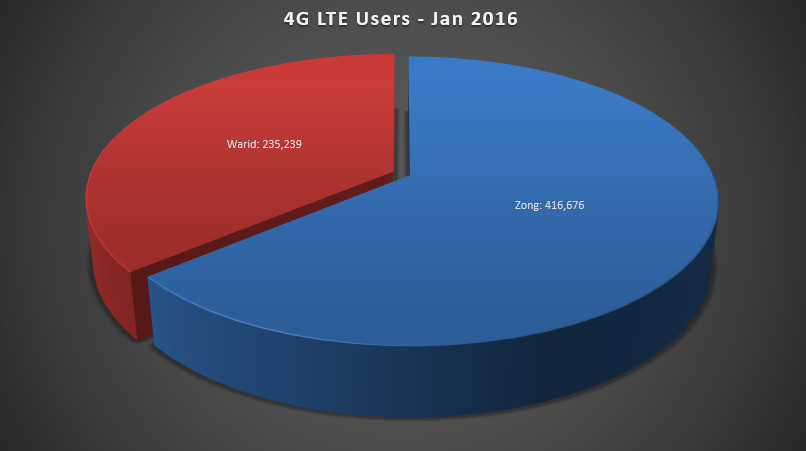