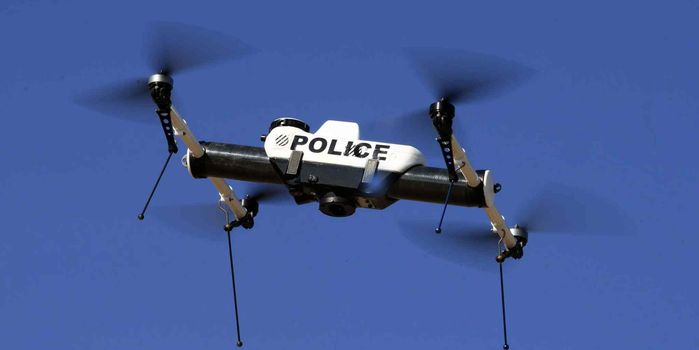 The Punjab Government has directed police across the province to ensure that the kite flying ban is not violated and any violators are arrested immediately. Rawalpindi police will be making use of aerial drone cameras to better implement the ban on kite flying and aerial firing. These drones will help the police investigate instances of violations against the ban and get instant knowledge of the area and people behind those violations.

The drones were provided to the Rawalpindi police department last year in July. They were to be used to monitor protests and keep a lookout against any hidden criminals and in locating their hideouts. However, the police department only made use of one drone during the Ashura rallies.

Officials of the police department say that drones will be very useful in curbing the crimes, by striking at its roots. The police will be able to search for people who sell kites or illegal strings used for kite flying in central and downtown areas of the city. Undercover police officers, in plain clothes, will also be deployed to identify the sellers, especially in central areas of the city where kites are very popular. The cameras in the drones will be able to record videos and take photos of the violators of aerial firing and kite flying. These violators will be caught red-handed with the evidence collected.

Punjab police was provided with close to 50 camera drones. Rawalpindi district police and City Traffic Police (CTP) were provided with one drone each. These drones are light and weigh only 1,200 grams, requiring less power so they can be used over long cycles. Each drone is capable of a 26-minute flight cycle before it needs a recharge.

The drones are very simple to use and recording videos or taking photos can also be done via a software interface. Police personnel can operate the drones from their PCs, laptops or Mobile Phones with ease. Functionality available on the control interface lets the officials control the drone’s direction, camera direction, vertical and horizontal camera tilt.

Despite being easy to use, the CTP is yet to make use of the drones while the district police hasn’t been able to benefit from the drones. Perhaps, if the officials were also educated on the usage scenarios for the drones, the police would have been able to put them to much better use.