Since the launch of 3G/4G in Pakistan in 2014, we have witnessed a massive increase in mobile data usage. Telecom operators are also much more focused on bringing multitudes of time and usage based internet packages, catering to the needs of all types of users.

For our readers, we have made a comparison of all the time and usage based 3G/4G packages offered by all of the major telecom providers in Pakistan. We have categorised all the 3G/4G packages in the following categories:

By comparing the tables below, our readers will be able to find the best internet package from any mobile phone company in Pakistan.

We start off with the daily internet packages. Most of the internet providers are offering multiple usage-based options in their daily packages. 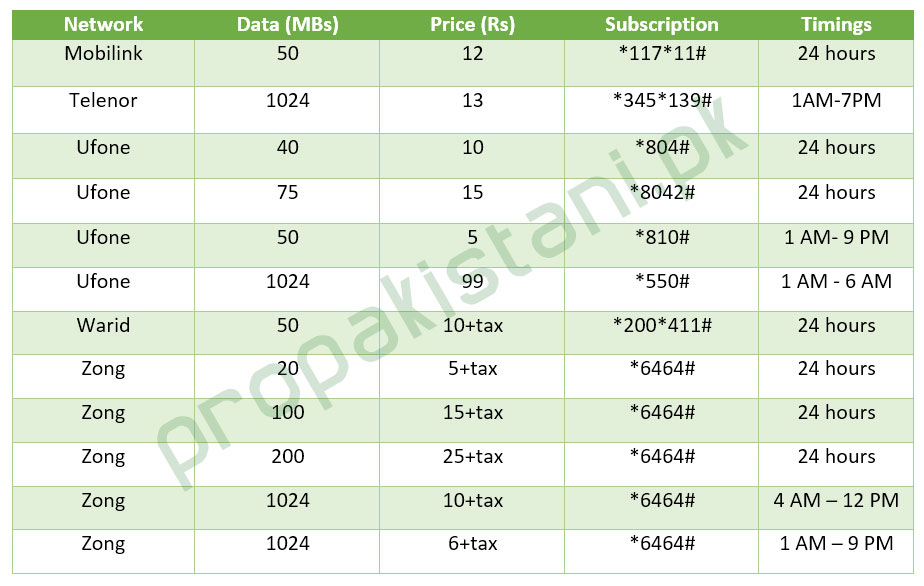 3-day data packages contain small amounts of data and are relevant to those people who don’t use the internet regularly.

We have 3 day 3G internet packages from Ufone, Mobilink and Warid.

Check below the details for the packages and their respective limits and prices.

Weekly packages are in great demand and there are plenty of choices which can be seen below:

Monthly packages have the biggest variety and most options. There is an option for each type of consumer. You can get just enough data to last you a month if you use the internet occasionally. If you are a heavy user, you get GBs of data enough for the most demanding people. 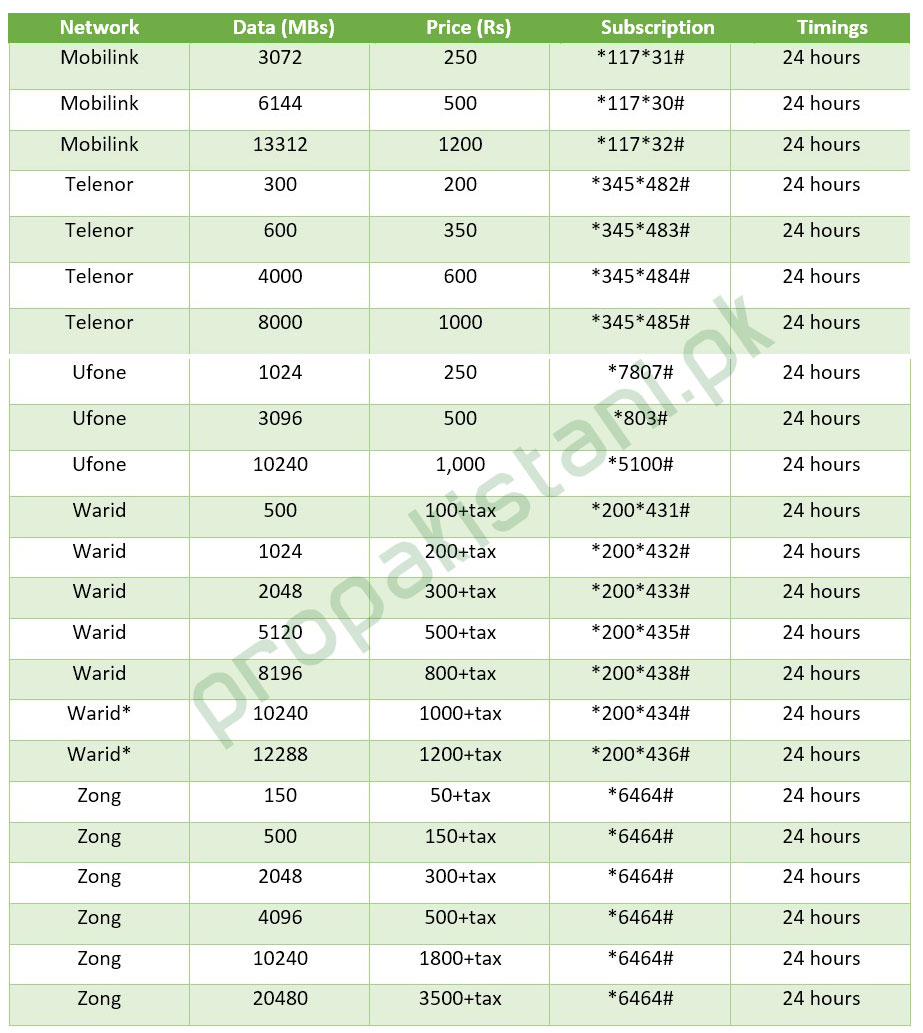 *Only available to new LTE users.

Social Media Packs offer cheap bundles which offer internet for certain services only. Below, we have mentioned the services and the packages which last all day long 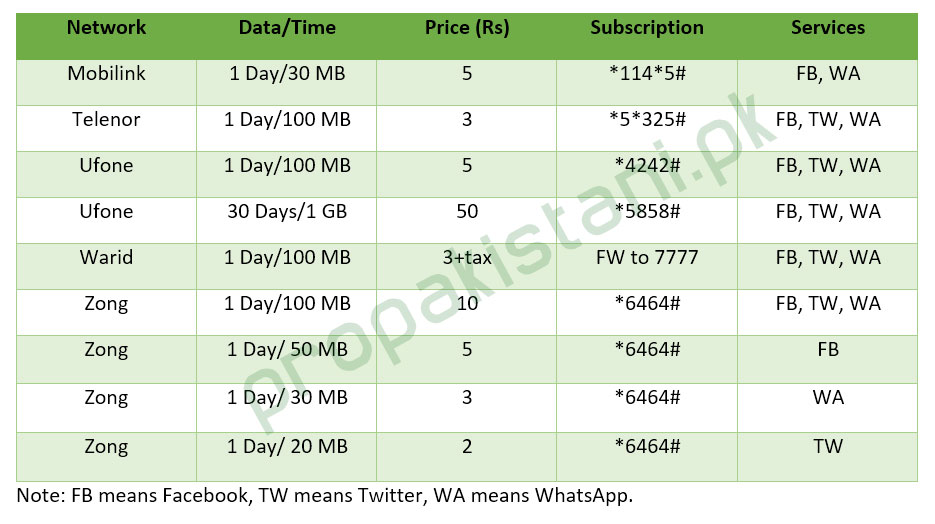