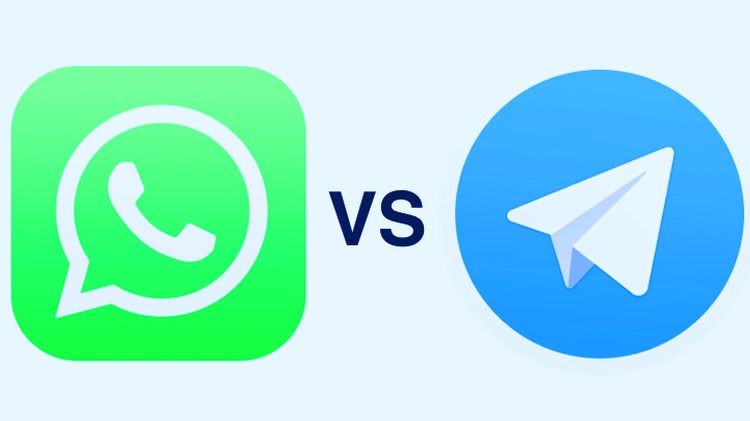 We have been hearing about Telegram’s rise in recent months. How it has suddenly come up as a competitive messaging app with unique features. It won’t be wrong to say it was the first app private messaging app to go mainstream on Android and iOS. With WhatsApp releasing its own take on private messaging, the competition just got tougher.

Today, we will do a detailed comparison between Whatsapp and Telegram, letting our users finally decide which app is the best and whether they should switch from one platform to the other or not.

If there’s one category where WhatsApp has every competitor beaten twice (or even thrice?) over, it’s the user base comparison.

WhatsApp has over 1 billion users while Telegram has only 100 million under its belt. You can say almost everyone who has a smartphone and internet is on WhatsApp. Telegram may be growing but it’s still not everyone’s daily driver chat app. Then again, if people avoid Telegram because of its userbase, it won’t increase.

Regardless, considering the growth Telegram has seen it won’t be long before it stands beside the leading messaging apps thanks to its stellar feature list.

As far as aesthetic looks are concerned, WhatsApp and Telegram aren’t much different. Both utilize Material UI guidelines on Android and they also feature a native design on iOS. There are some detailed and smooth animations on both but when it comes to getting it done, Telegram beats WhatsApp hands down. Whether you are opening a chat, swiping or looking for more info, Telegram is noticeably faster and smoother thanks to cloud syncing and gesture support.

Messaging is the core feature of both apps and but the addition of new, value-added features is what makes the app stand out.

Telegram offers much faster message delivery speeds compared to WhatsApp. While WhatsApp did start support for sending PDF documents as messages, it simply does not match the wide range of file-type support that Telegram currently boasts. Needless to say, Telegram also matches WhatsApp in the standard array of message types like audio, video and text messages.

In short, Telegram users can send documents, zip files, PDFs etc. of up to 1.5 GB in size. In comparison, WhatsApp supports certain file types and file size is limited to a meagre 160MB. No marks for guessing who wins this round.

One of the key features of messaging apps these days is security. Ever since Edward Snowden leaked the government agencies’ agendas against user privacy, security has become a major requirement.

WhatsApp recently added end-to-end encryption on their smartphone apps. The feature requires both users to be on the latest version of the app and most of the users tend to get certain synchronization issues, which require QR code verification to enable the encryption feature. Compared to this, Telegram doesn’t face those problems as it has had the feature since the beginning. 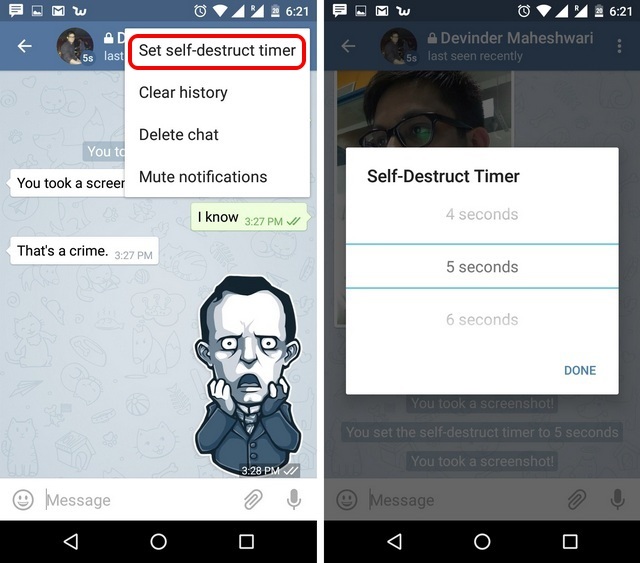 Telegram also has a secret chats feature. These chats are not secured on Telegram servers and include options like self-destructing messages. Even if someone tries to take a screenshot of the message, the other person is notified, leading to true secure messaging. Users can also lock private chats for offline security.

When comparing standard messaging, WhatsApp stores the messages and has the legal authority to do so. Meanwhile, Telegram encrypts all user messages which are stored on their servers. Telegram’s encryption keys are not stored locally so the data is not accessible, even to the local engineers.

Telegram has open-source encryption protocols and anyone can verify security

The app providers have had an open competition challenging anyone to bypass their app encryption and win a $200,000 reward. While WhatsApp uses a reliable encryption standard, the app isn’t open source like Telegram and doesn’t let users test the security of the app. Nor do they reveal their encryption protocols. WhatsApp may use a high-end encryption standard but its protocols are not something that the users have been made aware of.

Another point to note is that WhatsApp is owned by Facebook, a company not known for user privacy. Even WhatsApp has had its own fair share of privacy scandals in the past. With that in mind, the Edward Snowden-approved Telegram (or Signal) seem to be a much more secure option. It is interesting to note that Signal’s engineers also worked on Whatsapp’s encryption solution.

Let’s take a look at some of the features which make the two messaging apps unique:

WhatsApp has a voice calling feature. However, some telecom providers charge for those calls and the call quality hasn’t been praised by many.

WhatsApp also allows users to backup chats thanks to its Google Drive integration. It’s an advantage in case you lose your phone but this also means you data is being shared with a third party. WhatsApp also gives you the option to archive or email certain chats.

You can put status messages on WhatsApp which can be viewed by anyone. It’s a nice feature to have, especially if you want to share your mood.

WhatsApp works on most platforms. While it’s letting go of BB10 and S40, it still supports Windows, iOS and Android. Telegram doesn’t come with such app compatibility and is limited to a few platforms.

As far as bots are concerned, Telegram leads the way. They recently launched bots 2.0 which let you search for videos, gifs, memes, etc. from within your chat window. Other functionalities include polls, orders, interactive assistance and much more. Head here if you want to know more about Telegram Bots or head to the Telegram bot store if you want to take a look at the list of available bots.

Secret Chats make Telegram one of the most secure messaging apps out there. Couple that with self-destructing messages and you have a winner.

Telegram can work on more than one devices at once, unlike WhatsApp which removes your account on the previous device if you open a new session on another device. So you can chat on one device, move to the other one and continue from there since all messages are synced. You can remove any of the sessions by going to the app settings on the main device.

WhatsApp has desktop and web apps as well but they are dependent on the mobile device (which needs to be connected to the internet) so they cannot be called true desktop apps. Telegram offers independent web apps and apps for desktop PCs (Windows, OSX and Linux) and the user can continue to chat even if their phone is not connected to the internet.  It also comes with dedicated web apps for Google Chrome and Mozilla Firefox.

Telegram supports super large groups with up to 5,000 members. These groups aren’t unorganized like WhatsApp and users can reply, mention or use hashtags to make the process simpler.

There’s also an option of Private or Public Channels. Channels are used to broadcast to a larger audience with unlimited number of members. A public channel has its own username and can be searched & joined by any user. Channels can also be muted and channel owners can also edit messages. It is a great way for users to keep up with certain brands or news sites.

Telegram also supports GIFs and a very large store of stickers. If you use the @stickers bot, you can even create your own stickers. It also gives you the option to view a sticker pack and send stickers without downloading them.

Telegram is cloud-based, meaning all your messages are synced across devices and you don’t have to worry about chat backups or losing messages in case you lose your device.

Telegram offers a built-in browser and a video player so you don’t have to leave the app if you want to view any links or videos that your friends message you. The feature can also be turned off if you prefer using your main player or browser. The developers have also built-in an image editor in case you don’t have a good one on your phone.

WhatsApp gives you the option to hide your last seen status from everyone. Telegram brings in a bit of a twist and allows you to exclude certain people from seeing your last seen status. Additionally, you can lock your private chats so that no one else can see them. There’s an option to activate two-pass authentication as well.

We won’t make the decision for our readers but as far as the features and usage is concerned, Telegram beats WhatsApp. However, with a huge user base and voice calling feature, WhatsApp has some strong points going for it.

We wouldn’t say that you should replace WhatsApp with Telegram yet, but you can keep it to chat with anyone who is already on Telegram and enjoy its best features.

There is little doubt over the increasing popularity of the Telegram and soon, it might become another must-have app for smartphone users.