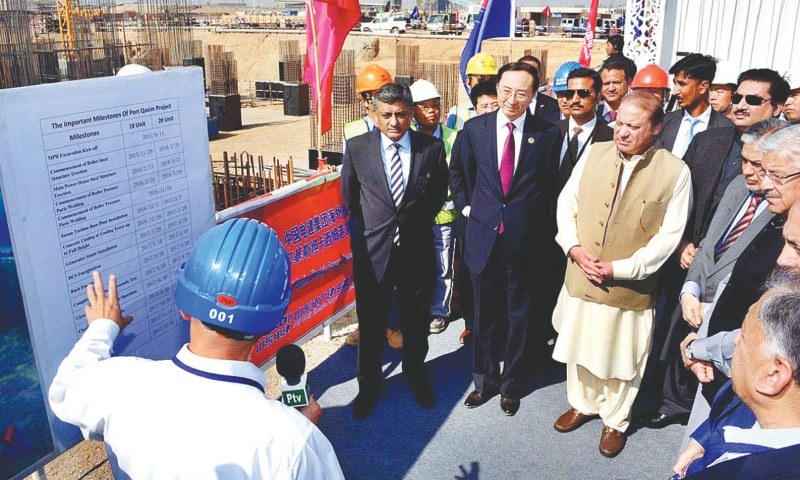 Once operational, it could significantly decrease the level of  electricity shortfall in the country.

Work on the project is currently underway on the new power plant which is expected to be completed by March 2018.

The coal power plant will have two units each with a combined capacity of 1320MW. One unit (holding 660MW capacity) is expected to be completed by the end of 2017 and the other by March 2018.

Around $2.08 billion dollars will be spent on this project which is just one of the 21 energy projects which will be constructed under the CPEC. The project has been deemed high-priority under the CPEC.

The ownership of the project is shared by Power Construction Corporation of China and Al Mirqab Capital which is owned by the Qatar royal family. They have 51% and 49% of the shares of the project respectively and the rest is owned by Export-Import Bank of China.

The assistant General Manager behind the coal power plant project is Mr. Wu Xianing. He said,

Coal for the power plant will be imported from Indonesia, Africa and Australia for which a company has been created in Singapore to handle it. A 50,000 tonne capacity pier is being constructed at the project site which will be further increased to 70,000 tonnes of capacity when required.

According to the National Electric Power Regulatory Authority (NEPRA), the country is facing energy shortfall to the tune of 6000MW. The demand reaches about 22000MW in the summer season, putting more strain on the national grid and leading to loadshedding across many parts of the country.

This project is expected to reduce the shortfall by around 20%. It will not only provide relief for thousands of families in their daily life but will also help provide jobs to hundreds of thousands of people by restarting industries that were shutdown due to power shortage.

Once the coal power plant is completed, it will be managed by the Port Qasim Electric Power Company.

The project’s yearly electricity production will stand at 9000 Gigawatts, enough to provide 4 million families with electricity for a year.

It is hoped that CPEC projects are completed as required and within the project timeline. It is also hoped that they don’t meet the same fate as other government-led projects such as the Islamabad Airport, which face delays and other issues that increase the cost of the projects.