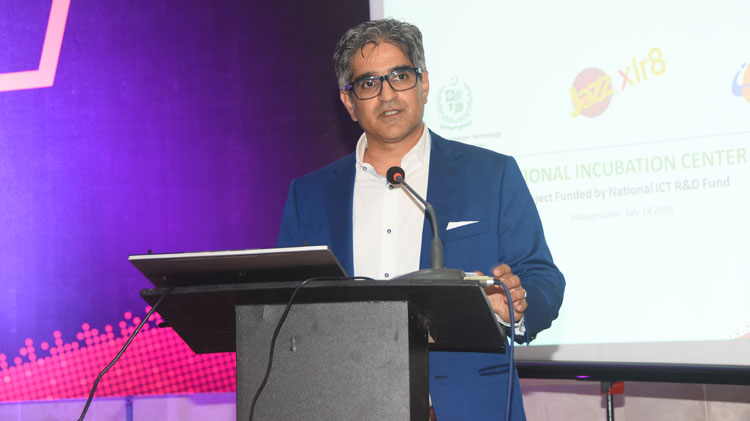 After remaining a cellular and majorly a telecom company for over two decades, Aamir Ibrahim, newly appointed CEO of Mobilink, is now determined to make Mobilink a leading internet company of the country.

“Mobilink’s ambitions is not to become a better telecom company; instead our ambition is to be the leading internet company of Pakistan”, said Aamir Ibrahim in his keynotes at the groundbreaking ceremony of Jazz’s National Incubation Center.

He said that telecom business is becoming old and Mobilink, as a company, is not interested in laying more fiber optic cables or deploying towers. “Instead we wants to focus more on digitization”, Aamir added.

Mobilink’s recent contracts with tower companies is an indication that Mobilink, as a carrier, now wants to keep its focus and invest more on (digital) services rather than the infrastructure, where possible.

CEO Mobilink emphasized that Mobilink is going digital internally, as a company, and in offering digital services and solutions to consumers.

While commenting on consumers’ demands, Aamir said that customers needs have enhanced with time. He said that emergence of smartphones have changed the way people live their lives.

While terming smartphones a remote control, Aamir said that hand held devices are now used for everything in our lives, ranging from information to communication and from entertainment to education. “And we will offer our customers what they look for”, indicated Aamir.

Not to mention, with the rise of OTT services telecom players are facing declining revenues from conventional voice and telephony services.

With increased competition and lowering telecom prices, traditional telecom companies are now focusing more on allied value added services that not only expand their revenues but help elevate the life standards of the common man.

Aamir Ibrahim said that Jazz’s National Incubation Center is an important milestone for Mobilink’s ambitions for times to come.

He appreciated the realization of private-public partnership through which the incubation center was finally made possible.

“Without this partnership, neither government nor private sector could achieve what we have in hands today in form of National Incubation Center”, said Aamir Ibrahim.

It maybe recalled that National Incubation Center is established with a $5.4 Million grant from ICT R&D Fund, while ICT R&D Fund itself is funded by fixed annual revenue share from cellular companies.