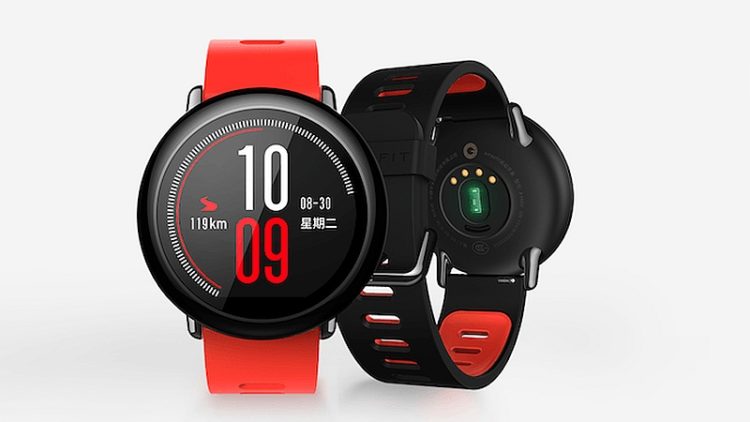 Xiaomi is mostly known for its solid-spec’d Smartphones at cheap prices but it also deals in various other electronics such as tablets, fitness trackers etc. It seems like the company has no plans to slow down their expansion into new markets any time soon. Today, Xiaomi has come out with another new product, their first ever smartwatch, called the Amazfit.

The watch isn’t technically made by Xiaomi itself. Xiaomi paired with Huami, a sub-brand of Xiaomi to come up with the new gadget. The watch seems to be destined for the Chinese Market for now.

As far as the hardware is concerned, the Amazfit offers everything you get in most smartwatches these days. The smartwatch packs a 1.34-inch display with a resolution of 300 x 300 pixels and an unspecified 1.22GHz dual-core processor that is paired with 512MB of RAM. In addition to that, the smartwatch also features 4GB of internal storage and a 200mAh battery.

Apart from that, the Amazfit also houses Bluetooth v4.0 (for pairing with your smartphone), WiFi, the “world’s first 28nm GPS”, a heart rate sensor and finally an NFC chip. If you don’t like the look of the wearable, you can choose from Huami-made or 3rd party 22mm user-replaceable wristbands.

On the software side of things, it doesn’t run Android Wear as you would expect it to. In fact, the Amazfit runs its own customized OS but it will interact with your Android and iOS devices using the Mi Fit app. The unnamed OS offers mostly the same functionality as the Android Wear.

All the fitness tracking features you would expect from any other smartwatch are present here. The Amazfit covers all the basics. Other stuff like notification support for texts, calls, reminders and even mobile payments are also available on the Amazfit.

Topping it all off, the smartwatch is also IP67 water and dust proof. It also features scratch-resistant ceramic bezels and comes with a dual-color sport wristband.

The Xiaomi Amazfit will cost CNY 799 or PKR 12,531. As of now, it is only going to available for sale in China and there is no news about the watch being available in any other markets. However, if Xiaomi were to release it internationally, like their Mi Bands, it would most certainly take the market by storm.