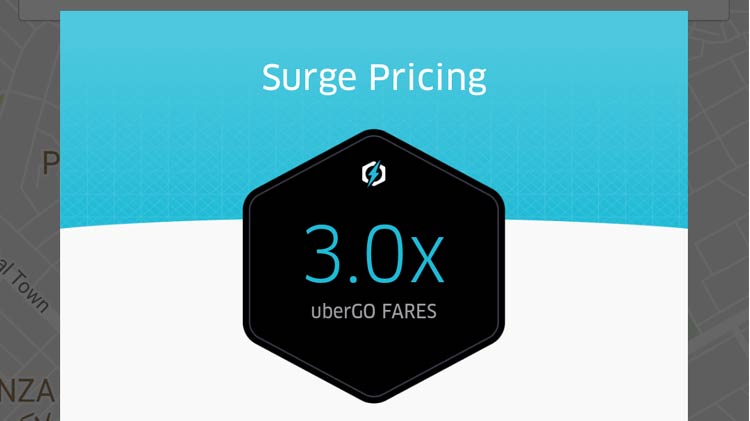 As you might have already seen, Uber today started charging extra from riders in Lahore through “Surge” pricing, a methodology it uses to charge 1.2x, 1.5x, 2.0x and 8x of fares when demand is high.

What is Uber Surge?

Uber will charge you higher — 1.5 times, 2 times, 3 time or even higher — than usual prices in situations where there is higher demand or when drivers are short.

Uber explains that this surge pricing is to encourage drivers to be on road, and make extra cash but at the riders’ expense.

Not to mention, Surge pricing is charged only in areas where there’s more demand and Surge could be different in different parts of a city.

So when you book a ride, a message is shown if there’s a surge charge and how many multiples this surge is at a particular point in time.

Not to forget, Careem just reduced its rates in Lahore today while Uber, on other hand, introducing the Surge pricing says a lot on how both companies are dealing with Lahore’s situation where there’s a political situation in the city.

Uber is often criticized for charging extra through Surge in emergency situations such as inclement weather and national disasters.

Not to mention, Uber was forced to not charge Surge pricing in India, however, we can’t expect much in Pakistan since our government is busy doing so many other (useless) things.

We asked Uber to comment on Surge Pricing in Lahore, but a response is still awaited.

Below are different Surge Prices that Uber is charging in Lahore today: