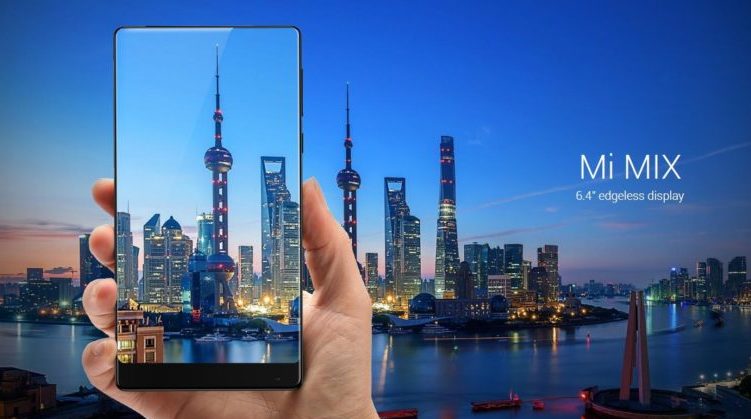 Xiaomi had 2 major announcements at their event today. It included the Xiaomi Mi Note 2, the Note phone that doesn’t explode and the astounding Xiaomi Mi MIX.The naming sounds weird, no doubt but once you look at the phone itself you will forget all about the name.

Xiaomi’s Mi MIX was a concept phone and has now entered production. The phone itself is a technological marvel with all sorts of different cutting edge technology included to make the phone truly stand out from among the crowd.

Lets start with the design, the Mi MIX features an all ceramic body. The ceramic body has a MoHs hardness of 8 which is one of the hardest substances used in smartphones. The screen is a very large 6.4″ panel with a 91.3% screen to body ratio. This ratio was achieved by removing the ear piece, the proximity sensor and the camera from the top and is the highest ratio ever seen on a smartphone.

Despite a screen size of 6.4 inches, the Mix is about the same size as the Galaxy Note7, Mi Note 2 or the iPhone 7 Plus. 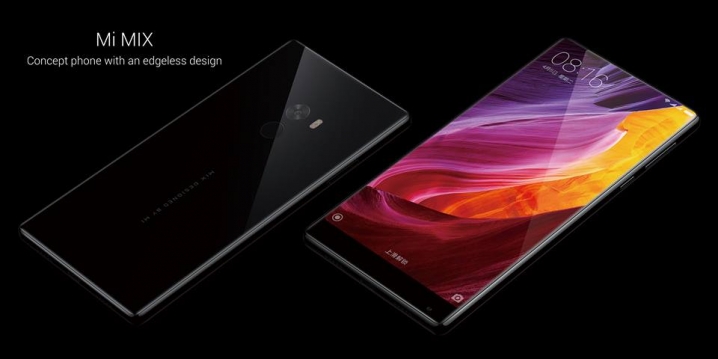 The earpiece has been moved inside and will use a Cantilever Piezoelectric Ceramic drive unit instead. This means that the phone will emit sound not via a speaker but a bone conduction solution. Additionally, this means no one else can hear the caller and sound quality is clear even in lots of noise.

The front camera has been moved from the top to the bottom of the screen. The camera sensor itself is about 50% smaller to allow for more screen space. Xiaomi was forced to move it down as there was no space for one due to the lack of bezels, 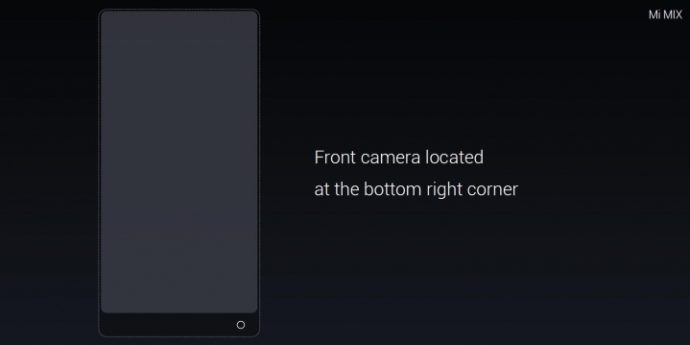 To further gain space for the screen, the capacitive buttons were replaced with on screen buttons instead. The screen uses a 17:9 ratio (16:9 with on screen buttons) to allow for a better viewing experience. The display panel itself uses rounded corners to ensure equal space on the top and on the left and right sides of the display.

As mentioned earlier the phone is completely built with ceramic. The physical power button and volume keys are also made of ceramic. According to Xiaomi, the use of Ceramic represents almost 30% of the phone’s retail price alone.

There is another version of the Mi MIX still in development called the Mi MIX 18k. The 18K version uses 18K gold rims around the camera and the fingerprint sensor (located at the back). It also comes with better internals than the regular Mi MIX.

Xiaomi Mi MIX uses a quad-core Qualcomm Snapdragon 821 processor. The RAM is set at 4GB with internal storage capacity of 128GB. The internal storage uses the same high speed UFS 2.0 standard as in the Mi Note 2.

Mi MIX 18K comes with the same processor but has 6GB of RAM. The storage is also bumped up to a massive 256GB.

The OS is Android 6.0 Marshmallow based MIUI 8. Just like the Mi Note 2, the Mi MIX also offers high quality audio output of 24 bit/192 kHz through a Digital to Analog Converter (DAC).

Details about the camera are scarce, the Mi MIX phones use a 16 MP camera with phase detection autofocus. Pure numbers suggest that the camera should be on par with Mi Note 2 or Mi 5s at least.

No details were mentioned about the front facing camera just that it is 50% smaller than the regular camera and is located at the bottom right corner.

Xiaomi Mi MIX uses a 4,400 mAh battery with Qualcomm’s Quick Charge 3.0. The massive 6.4 inch screen warrants a battery capacity as large as this.

The regular Mi MIX with 4GB RAM and 128GB storage will cost RMB 3,499 (Rs. 54,100) and the Mi MIX 18K will cost RMB 3,999 (Rs. 61,800). It is hard to believe that an OEM could offer such latest technologies with a premium build and still offer the phone at these prices but it seems Xiaomi has finally the X factor they had been missing for the past few years.