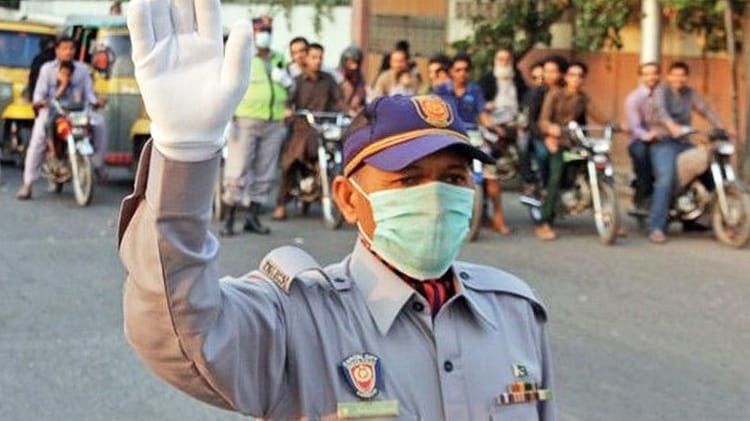 Gone are the days where you could outrun or bribe the traffic police officer to get out of a sticky situation.

The traffic police officers are now being replaced by CCTV cameras in Lahore to monitor the traffic violations and generate an automate challan, which will be sent to the culprit’s doorsteps.

Lahore is one of the most densely populated cities in Pakistan where maintaining traffic law and order is close to impossible. The heavy traffic, narrow roads and noise make the life of a traffic police officer painfully difficult, which is why an e-ticketing system was the need of the hour.

The project had been in motion for a couple of months, pending Chief Minister Punjab Shehbaz Sharif’s approval. It has been given the go-ahead from official quarters finally and we can expect to see it in action in the next few months.

Overview of the System

The CCTV cameras will initially be installed on traffic junctions. They will monitor any irregular behavior in terms of wrong u-turns, breaking the signal or accidents – which are often due to over speeding.

These violations will be viewed by higher authorities and pending their approval, the e-ticket will be generated and sent to the culprit via courier service.

The photo of the incident and/or the picture of the number-plate will also be attached to the challan, to resolve any questions the person responsible might have regarding his/her involvement.

According to the latest news, the challan dues need to be paid off in 15-days. The automated system will re-generate the challan after 15-days, and an extra charge will be placed for failing to pay it in time. The re-generated challan will again be posted to the culprit’s house.

This set-up will essentially inject a healthy and a consistent generation of revenue for the Punjab government. Traffic police offers often settle for personal gain rather than following the law. These challans are never accounted for, which hurts the revenue stream for the government.