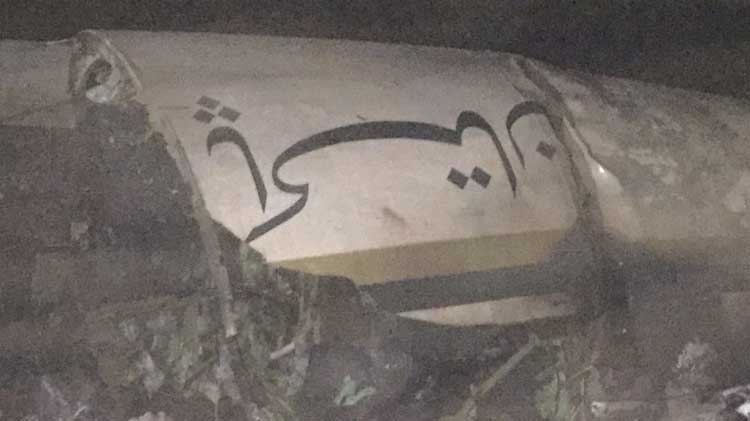 Pakistan International Airline’s flight PK661 operating from Chitral to Islamabad on an ATR 42-500 with 42 passengers and 5 crew members crashed yesterday near Havelian, some 80KM north of Benazir Bhutto International Airport.

No one survived the crash.

While it is too early to list down the exact reasons behind the crash, we will try to analyze available information and try to come up with possible reasons for the crash of flight PK661.

What We Know About PK661 Aircraft?

ATR 42-500 is one of the most recent versions of ATR aircraft. Its first delivery was made in 1995 while the flight in question, PK661 with Registration AP-BHO, was delivered to PIA in May 2007.

ATR 42-500 engines are certified to be safe, strong and solid performer in a variety of conditions.

It had flown 18,740 hours before it crashed yesterday.

Crashed aircraft details are as following:

Weather conditions at the time of crash in the area were quite normal.

Below are weather values for Havelian at the time of the crash: 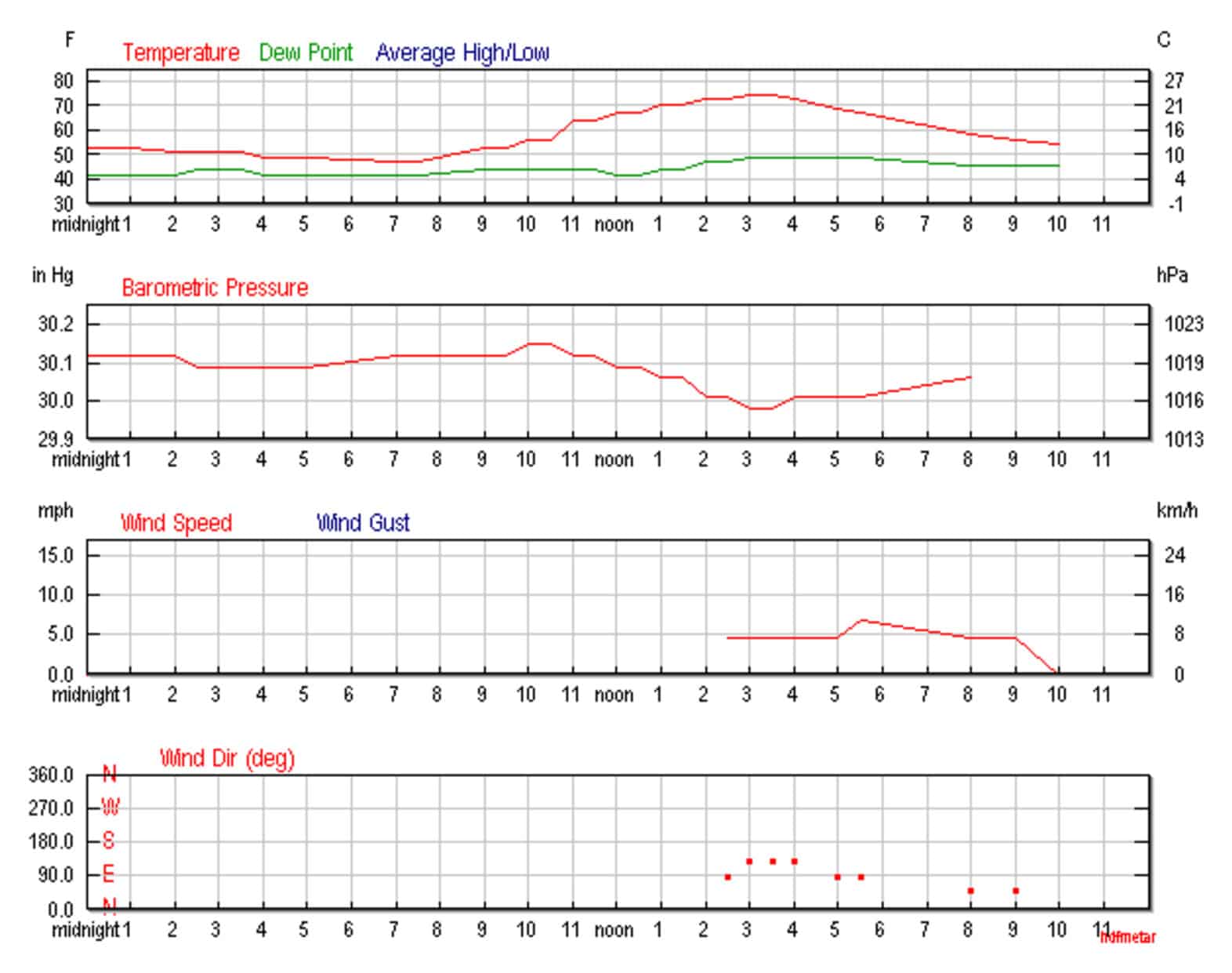 Azam Saigol, Chairman PIA,  confirmed during a press conference that AP-BHO was Class-A checked just one month ago, indicating that the aircraft was in perfect condition.

While there was one instance of engine failure of the same aircraft back in 2014, it was replaced with a new engine and since then AP-BHO had operated smoothly without any issues being reported.

For flight PK661, there were 47 passengers on-board the ATR 42-500, indicating that the plane was pretty much with-in its load capacity.

Chairman PIA confirmed that flight PK661 was piloted by Salehyar Janjua, with flying experience of more than 12,000 hours.

Pilot of ill-fated PK661 had extensive experience of flying in northern areas, which means that he was well versed with the route and conditions where PK661 crashed.

Engine Failure And Ultimately the Crash!

Air Control Tower confirmed that flight PK661 signaled an engine failure at 4:12PM. Till the time the flight PK661 was flying smoothly at 13,375 feet.

However, as soon as the engine failure was reported, aircraft started descending — gradually at first. 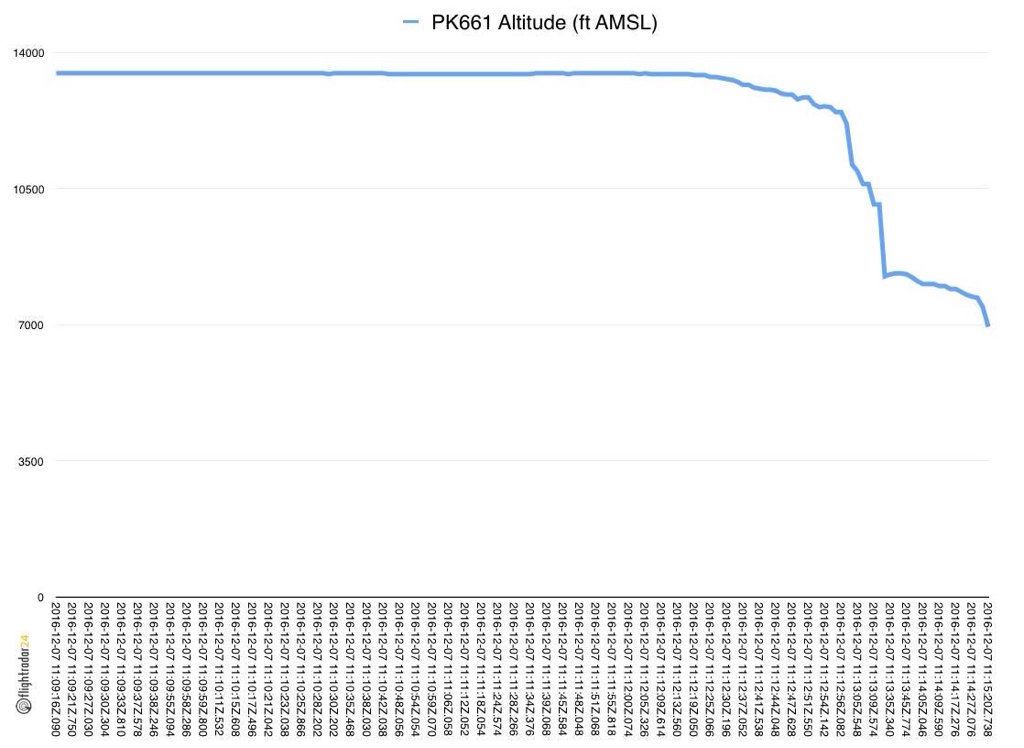 The initial descent was gradual and seemingly controlled, until the aircraft reached 12,800 feet. This is when aircraft gained altitude of 50 feet and reached 12,850.

However, it started descending again — in a non-symmetrical manner — and reached 12,175 feet.

Flight PK661 must had become imbalanced by then as it lost irregular altitude during next few moments.

Here is what we are sure about:

Since PK661 fell freely, we can say with certainty that aircraft was not in-tact and it had lost its shape and failed to glide.

It must be noted here that ATRs can glide even if both engines are switched off / malfunctioned. Since PK661 was flying at around 13,000 feet — had it been in-tact — it could glide some 15-25KMs before hitting the ground.

However, an aircraft will fall freely if there’s any structural damage as hampered aerodynamics will not allow the aircraft to glide with a gradual descent.

Since we know that at least one engine had failed, there’s a chance that it splashed and damaged the wing attached to it, affecting the aerodynamics of the aircraft which ultimately brought it down with-in seconds to and resulted in a crash.

It must be noted here that pilots have a way of shutting down the engine. But before that you need to descend and reduce speed to match the aerodynamics of the situation the aircraft is in, which the pilots did — and is seen in the graph above.

You simply do no shut the problematic engine immediately. Instead, you bring the aircraft to a certain altitude and speed to make sure that the remaining engine is able to handle the load and aerodynamics.

And while the pilot was trying to do so, the failed engine probably caught fire or more likely exploded and damaged the wings.

Here is what seemingly happened:

So the information we have so far indicates that the engine exploded and damaged a wing, impacting the aerodynamics and forced the aircraft to fall freely to ground with-in seconds of the incident.

It must be noted that complete details about the PK661 crash, with an authoritative conclusion is only possible after decoding more info from FDR, Cockpit Voice Recorders and other flight data recorders.

A conclusive investigation is must here, and reasons must be determined that brought down the PK661. This is not important for PIA only but for ATR as well, to avoid any future accidents.

It must be mentioned here that there are over 1,500 ATRs in service today — with almost similar specs — and a only a conclusive investigation will ensure safe travel on ATRs in the future.