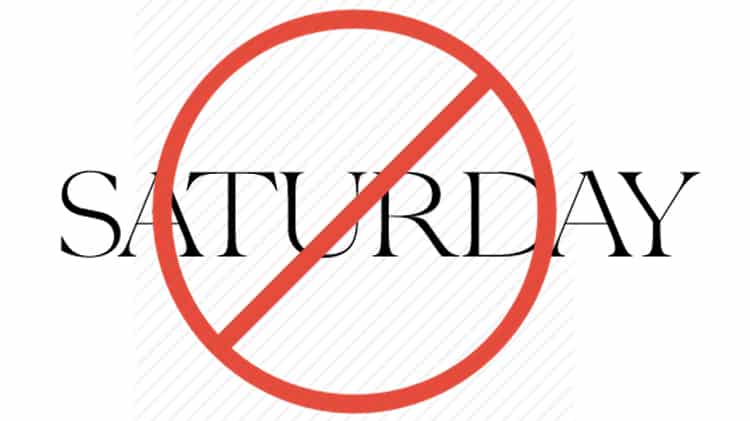 Do you often take Fridays off to make it a long weekend? Well, it is a shame because you might not have the opportunity to do it anymore.

On Wednesday, the Federal government has announced that Saturday will no longer be a a weekly day off in the Federal departments across the country.

The two holidays proposal was implemented by the ex-government in order to address the energy crisis faced by the country as a last resort. However, under the current government, the electricity situation has significantly improved which is why previous ways are being restored.

According to reports conducted, two holidays in a week have affected the performance and efficiency of the Federal departments hence it is decided that there will be only one holiday in a week i.e. on Sunday.

The sources claim that the Prime Minister will be updated on the proposal by the Interior Minister. It is very likely that the summary presented to the PM Nawaz will be accepted, reported the same sources.

Government Aims To End Loadshedding by 2018

According to government officials, the government has been finding the most economical ways to utilize affordable, sustainable and modern energy resources.

The China Pakistan Economic Corridor (CPEC) will help immensely in that regard as there are multiple energy projects underway. The total capacity of these projects is said to be 17045 MW, which are being implemented. These projects include wind, solar, hydro and coal generation projects.

As opposed to 9-13 hours of loadshedding in rural areas, the timings have been reduced to 4-5 hours due to new projects.

Power loadshedding has also been eliminated, which has improved and enhanced the industrial production.