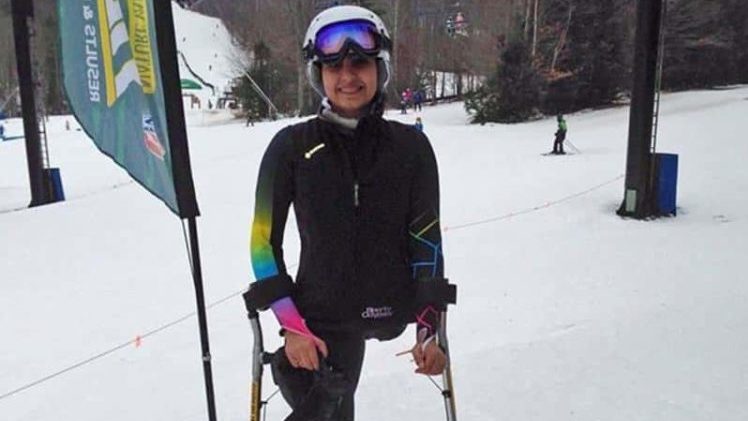 You may not always have a comfortable life and you will not always be able to solve all of the world’s problems at once but don’t ever underestimate what you can achieve. History has shown us that courage can be contagious and hope can take on a life of its own.

For Insha Asfer it has been a long bumpy ride to the top of Winter Park Ski Resort in Colorado. But even with one leg on just one ski, it’s a quick trip down.

Her physical disability has not deterred her from following her heart and partaking in some high-stakes adventuring. Talk about being courageous!

“I’m a person that likes going fast, doing everything fast. I just like speed” – Afsar

On one fateful day in October 2005, the whole country crumbled during a 7.6 magnitude earthquake. That earthquake took with it 80,000 lives, making it one of the most devastating natural disasters to ever strike Pakistan.

Amidst that tragedy, a girl from Pakistan lost her leg when she was attending school in Kashmir region. Insha Asfer’s life was forever changed on that one day.

Her picture caught headlines when she was beautifully photographed in TIME magazine. Her story went viral and many came to know of her struggles soon after. 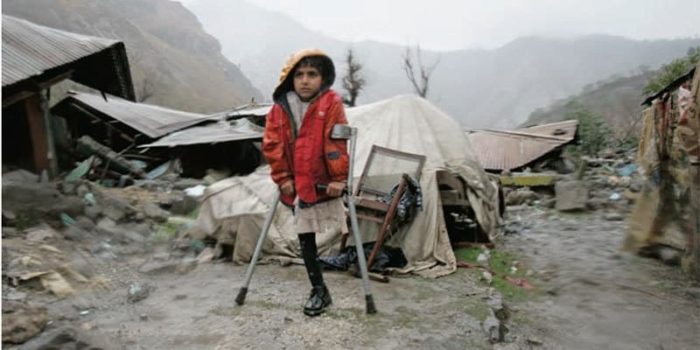 She did not lose hope and initially traveled to the United States of America, almost six months after the earthquake. There she underwent a medical procedure, and was  fitted with a prosthetic leg at Shriners Hospital in Springfield, Massachusetts.

During a consequent medical visit, US residents named Ted and Rebecca Bent, who were residing in Washington, Connecticut, offered to look after Insha and send her to school. As she adjusted to life on the East Coast, her new friends invited her to go skiing. Ted said

“The skiing took and who would have imagined,” said Ted Bent.

The Beginning of Something Beautiful

Insha is now one of the top skiers from Pakistan and she is hoping to represent the country in the upcoming 2018 Paralympics which will take place in South Korea.

She regularly takes part in programs held by the National Sports Center for the Disabled in order to get some hands-on practical experience.

Afsar said, “For my family it’s kind of shocking because they don’t understand what [skiing] is in a way. We don’t have skiing in Pakistan so it’s hard for them to process the idea.”

She knows this is a tough sport and comparatively limited women from the country take part in such tough sports.

“It’s not common for women to be athletes [in Pakistan]. Now I’m doing a sport that I love. That might inspire people, despite everything that is holding them back,” said Afsar.

She is currently residing in the U.S on a student visa which will be valid until she finishes her high-school. According to her, the highlight of her journey was “being given this chance to come to the U.S.”

With immigration laws changing for the worse, she will be amongst a handful of those who are able to make the 8,000 mile journey from the Middle East to the Rocky Mountains.