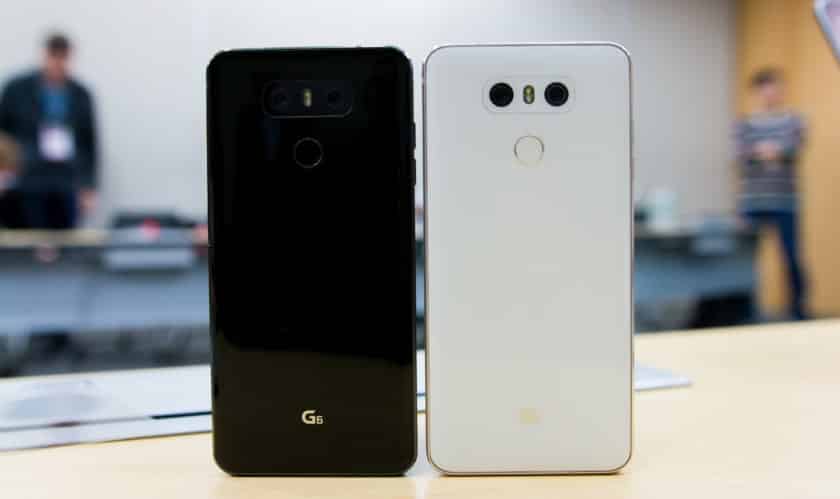 LG suffered through a bad year. After years of obscurity on the back of some solid phones, the company outdid itself with an out-of-the-box modular device (the G5), which was immediately relegated to the sidelines once the novelty wore off.

This year, the company went back to the drawing board. Where past phones have underwhelmed either on the hardware or the software front the new G6, at least on paper, seems to have nailed it. The modularity dream is being replaced by a more mainstream, practical one.

The Devil in the Details

The magnitude of work that has went into the G6’s design is evident in the phone’s protective layers. The display is covered by Corning’s Gorilla Glass 3, the camera lens on the back a Gorilla Glass 5, while the back by a layer of Gorilla Glass 4.

As for the design, the LG G6 comes with an IP 68 dust and water resistance rating, an important practical feature which the G5 skimped on. The aluminum design is enforced with plastic in places to increase durability.

Window to the World

The 18:9 front display is also home to one of the biggest overhauls in a mobile phone, at least since the iPhone 5 which arrived with a 16:9 display.

Measuring 5.7-inches across, the LCD display comes with a 2880 x 1440 resolution (or 565 ppi) which aids in multitasking with apps side-by-side as well as some unique uses inside apps. Above the display is the 5 MP camera with a 100-degree wide-angle lens.

The display is curved at the edges which helps make it more durable to falls and damage. It also has tiny bezels à la Xiaomi Mi Mix, which will make for better usability despite its large size.

Dual Camera is Back

The back is home to a fingerprint scanner, as well as a dual-13 MP camera setup, consisting of one wide angle f/2.4 125-degree lens and another f/1.8 normal 71-degree lens. The latter supports optical image stabilization and autofocus, and is accompanied by an LED Flash.

What might disappoint people is a slight camera bump on the back, as well a lack of a laser or phase-detection autofocus. The software however makes up for these drawbacks.

As for the internals, the processor in the LG G6 is a slightly-aging but stellar Snapdragon 821, which the company claims is chosen because of its familiarity. There’s an “advanced heat pipe” above it to keep it cool. It will come with a 4 GB RAM module as well as either 32 or 64 GB of  internal storage, alongside an expansion slot.

On the software side is Android 7.0 Nougat, alongside LG’s new Full-screen UX optimized for its big display. LG has worked hard to make sure its skin isn’t as garish compared with other infamous ones (like the Touchwiz UX).

LG went on to add subtle touches here and there in terms of UX features. The camera app, for instance, makes use of  the extra space on the screen to display a montage of shots on the side, rather than on a small thumbnail. It also takes square Instagram-ish shots side-by-side for a better comparison and for instant usage on the social media app.

It also features Google Assistant, which is making an appearance on a phone other than the Pixels for the first time. The 18:9 (or 2:1) display further helps open two apps together stacked alongside.

It will be available in three colours: Astro Black, Mystic White and Ice Platinum. Oddly, features like Quad-DAC, Radio and wireless charging, that are common by now, are only available in specific markets. LG will also have to convince developers to make apps specific to its phone’s display for best results.

LG hasn’t revealed the price yet, hopefully it won’t be priced as outlandish as HTC’s offerings.