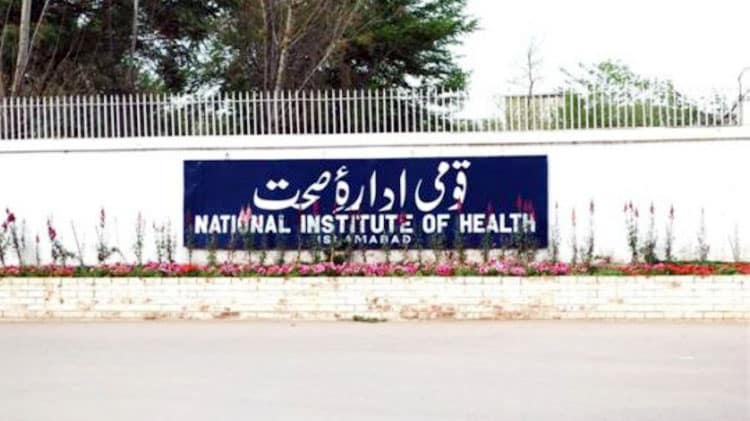 With low production capacity, outdated laboratories, litigation and political interference the National Institution of Health (NIH) is meeting only 7-8 percent of the country’ demand in producing different kinds of vaccine.

In addition to this, National Institution of Health (NIH) owes Rs 300 million on account of rent against different institutions including World Health Organization (WHO).

All this was revealed in a Senate Standing committee on National Health Services.

NIH image is riddled with litigation, political interference and due to low production capacity, meeting only 7-8 percent of the country’ demand in producing different kinds of vaccine, said NIH officials while briefing the committee which met with Sajjad Hussain Turi in the chair here on Monday.

“NIH rented some of its land to different institutions including WHO with accumulative rent of Rs 37 million per annum but due to non-payment of the rent for last several years, the outstanding amount on account of rent reached to Rs 300 million”, said NIH officials.

It was further revealed that 70 shops were given to NIH officials, who further lease it out while receiving one million per shop advance, while two mobile towers set on its land but no one is paying rent since 2011.

Acting Executive Director NIH Mukhtar Ahamd further revealed that it has neither information technology (IT) department nor account manual (working on receipt/non-computerized system), where transparency issues cannot be ruled out.

NIH was established in 1980 under the Ministry of Health through a Presidential Ordinance (Ordinance XLIII of 1980) and was assigned 22 functions including sole producer in the Public Sector of life saving vaccines and sera while the remaining 21 pertaining to Public health issues, including surveillance, food and drug testing and human resource development.

NIH advises the federal government on the control of diseases by suitable methods, implement all the schemes and proposals approved by the federal government for it, investigate epidemics and other communicable diseases and to conduct research on these problems using modern techniques and achieve excellence in this behalf and to collaborate with other concerned agencies, develop methodology and standardize techniques for the investigation of various diseases prevalent in the country and to develop a National Virus Reference Centre.

NIH functions as sole producer of vaccines and sera for prophylactic and therapeutic use and acquires capability of meeting domestic and foreign demands.

The committee was further informed that there are a total of 1055 sanctioned posts, where 722 are working position and 344 are laying vacant since a long time.

Critical equipment is old and needs repair and maintenance regularly while cold rooms are very old, besides facing shortage of production related staff. It was further revealed that no re-investment by NIH for betterment of facilities and equipment / machinery has been made, while the biggest issue faced is in procurement of raw material, seed virus, bacterial strains and allied vaccine components.

The committee was further informed that NIH generated Rs 255.5 million from its own resources in 2015-16 while got Rs 470 million grant in aid while expenditure remained at Rs 739.9 million.

The committee recommended for immediately filling the vacant posts, up-gradation of laboratories and within limit independence for NIH to improve its standards, performance and meet national demand.