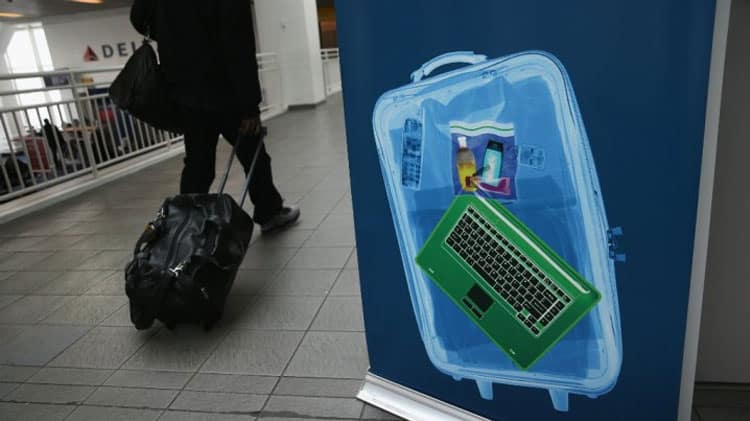 It seems that US President Donald Trump and his administration are not going to let up no matter how many times the US courts rule his measures illegal.

According to the new order issued by the Trump administration, passengers from select Muslim-majority countries will now be prohibited from bringing any electronic device larger than a cellphone on their flight. So laptops, iPads, and cameras cannot be in the carry-on luggage. While the ban does not affect any US carrier, 12 airlines are known to have been affected by this new law.

There is still speculation going on since the full details of the ban and the policy itself are to be revealed today but right now people think that it will apply only to nonstop flights to the United States from at least ten international airports in eight countries including Jordan, Egypt, Saudi Arabia, and the United Arab Emirates.

The reason for the ban is not clear as yet and David Lapan, Homeland Security Department spokesperson, has refused to comment on the matter. Furthermore, even the Transport Security Administration of the same department has refused to give a statement on the issue.

However, the Royal Jordanian Airlines did clarify that medical devices had been excluded from the ban and could be carried on to the plane with the people. Everything else, though, would have to be packed in the luggage to be checked in.

An aviation expert at Rand Co., Brian Jenkins, has stated that due to the way the ban is being carried out and its restrictions, it does seem like the United States government is acting pre-emptively to stop an attack.

However, as another aviation-security expert pointed out, there could be negative side effects to the ban. Putting all their electronics in to the checked in baggage could be a huge disadvantage, said Price, a Metropolitan State University of Denver professor, although he failed to elaborate on this comment.