Pakistan has been facing acute electricity shortfall for the past decade or so and the situation only seems to be worsening with time. To solve the issue, the government is on track to execute a power generation strategy that could extract a potentially high environmental cost and even lives in the coming years and decades.

While the world is moving towards cheap renewable energy resources, Pakistan is wasting money on expensive fossil fuel plants. Renewable energy costs have drastically dropped over the past few years whereas fossil fuel prices have continued to vary.

On the other hand, these fossil fuel & oil and gas-powered plants are hazardous to public health as well as the environment. This raises serious questions about the long term vision of our energy policy makers.

Pakistan electricity shortfall is  rising steadily. It stands at about 3,000MW during the winter season and rises to over 7,700MW during the summers (25% more than the maximum power capacity of Pakistan). This results in about 3 to 20 hours of loadshedding depending on the area and the time of the year.

Every year, 0.7 to 0.8 million new electricity consumers are added to the grid while 0.5 million new air conditioners add another 1,000 MW to the system.

The government has planned to establish new hydel, coal, gas, nuclear and solar power plants to overcome the power shortage. However, due to the immediate nature of the crisis, Pakistan has focused on power plants which can be completed quickly.

While hydro power plants produce cheap electricity, they require huge investment and are time consuming to set up. Fuel based power plants and solar power plants are two possible solutions for mass scaled power generation on a short turn around time.

The government has planned at least 9 coal fired power projects with combined stated capacities of over 10,000 MW. In comparison, only one solar power project has been announced which will have a total capacity of 900MW when it finishes (currently operating at 200MW).

Read More: All You Need to Know About Electricity Projects Under CPEC (Part I)

Coal Power Plants and the World

It is being said that China is “investing” in coal power plants in Pakistan. On the other hand, China has been shutting down all of its coal power plants. China’s capital, Beijing has pollution issues, much like Lahore and Karachi, and thousands of people die because of it.

Nearly 200 countries are part of the Paris Climate agreement which aims to reduce carbon emissions and pollution. To meet the target, most countries have either shut down coal power plants or are employing coal capture technologies so that carbon is not emitted into the air.

The whole world is now more focused on renewable energy sources which are getting cheaper by the day. Australia, US, Mexico and several other countries have shut down coal fired power plants in recent times. Yet Pakistan is focusing almost exclusively on them.

Read More: All You Need to Know About Electricity Projects Under CPEC (Part II)

Coal power plants are the second largest source of Nitrogen Oxides which cause eye, nose, throat irritation, serious damage to the respiratory tract, fluid build-up in lungs and even death.

Nitrogen pollutants can also cause smog (ozone pollution), like the one witnessed in Lahore recently, which can cause respiratory issues and serious breathing diseases through permanent damage to the lungs. 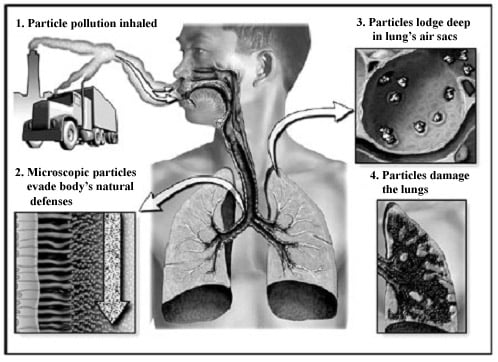 Particulate matter is produced through coal smoke and nitrogen pollution which can cause heart attacks and exacerbate other diseases. Thousands of people die from particulate matter each year.

Coal plants are also responsible for releasing other air toxicants into the air which can have a serious effect on the development and the health of the brain. Young kids in particular are susceptible to these effects and could suffer from learning disabilities and other disorders. One of the toxins, mercury, can cause brain diseases among children and heart diseases among grown-ups.

Coal also has a significant effect on global warming. Pakistan is the 7th most affected country due to climate change and coal power plants will only worsen the situation in the years to come.

While the government may be considering the relatively low cost of coal power generation, one aspect which is directly linked to the use of coal is often missed out.

As mentioned above, coal burning power plants, or even other fossil fuel electricity generators, are hazardous to the health. As health risk and diseases increase due to such power sources, the governments overall costs will increase. A holistic view of the situation is required and it seems to be missing.

When others are shutting down coal power plants due to their hazardous consequences, Pakistan is aiming to launch several new ones. Even courts around the world are making decisions in favor of complainants against coal power plants and are ordering them to be shut down.

If the plan proceeds as it is, Pakistan could see a country-wide smog like situation similar to China. The effects of climate change could also be made worse. The government either has to set up coal capture technologies on all plants or make use of alternate power sources which aren’t as hazardous to Pakistan’s future and its people.