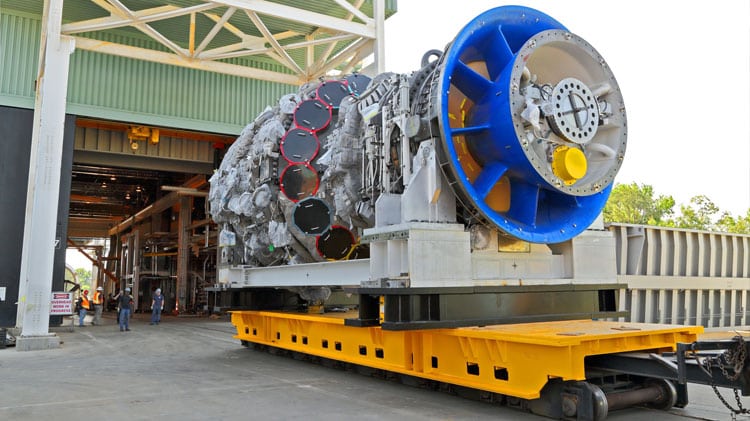 Pakistan has become the first country in the Middle East, North Africa, Turkey and South Asia region to deploy the HA hi-tech gas turbine at Bhikki Power Plant. It is considered the most advanced innovation for efficient combine-cycle power plant.

The HA is the result of almost $2 billion in research and development and is the GE’s largest and most efficient heavy duty gas turbine.

The Bhikki facility will be the country’s first power plant to run on imported supplies of liquefied natural gas (LNG). It is projected to generate up to 1,180 MW – the equivalent power needed to supply approximately 2.5 million Pakistani homes – once it starts combined cycle operations later this year.

The power project witnessed the fastest construction of a gas power plant of its size in Pakistan’s history.

Recently, General Electric (GE) and Harbin Electric International Company Limited (HEI) have achieved an important milestone with the first fire and synchronization of the GE 9HA gas turbine installed at the Bhikki Power Plant. This significant accomplishment was achieved less than 18 months after the large turnkey project was first announced.

The turbine can generate up to 385 megawatts (MW) of reliable power that is expected to be distributed for residential and commercial use within a few days.

“From steam turbines for K-Electric back in the 1960s to advanced F-class gas turbines for the Guddu Power Plant a few years ago, and now, these record-setting 9HA units at the Bhikki Power Plant, GE remains committed to pushing the boundary of possibilities by bringing advanced solutions to the country,” added Sarim Sheikh, President & CEO of GE Pakistan, Iran and Afghanistan.

GE entered an agreement to provide two high-efficiency 9HA.01 gas turbines and associated equipment to HEI for the Bhikki Combined Cycle Power Plant in September 2015. HEI is providing engineering, procurement and construction services for the facility.