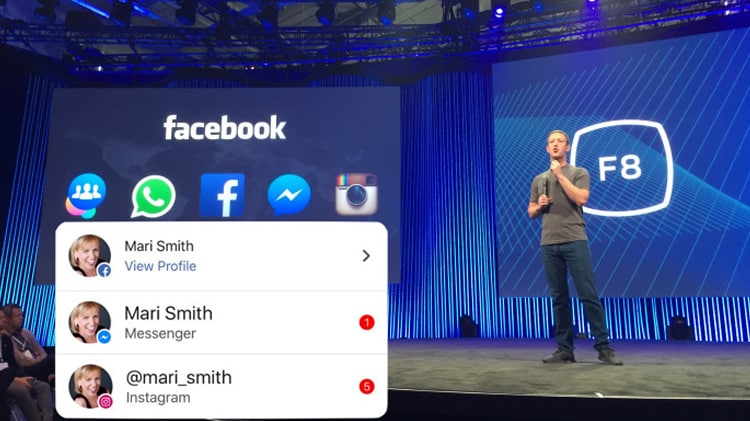 Facebook has rolled out an update which will make things simpler for its users who use most of its products. The social media platform is hoping to unite its notifications with Messenger chats and photo-sharing app, Instagram.

The purpose of this move is to allow users to switch between these apps seamlessly and maintain all the notifications in one place. Users will be able to quickly cycle back and forth through various profiles on the platform – saving time and effort.

A Facebook correspondent confirmed that the company is testing out this feature:

We are conducting a very small test to make it easier for people to discover and connect with the people and things they care about. We’re exploring ways to help people switch more easily between their Facebook, Messenger, and Instagram accounts.

Here’s how it will look:

This update has the potential to boost engagement rates across Facebook’s many apps. Say you miss or dismiss an alert upon receiving, however you will be reminded of it by a red dot in any of the aforementioned apps. This makes it easier to stay in the loop with updates.

The pop-up can be opened by clicking on the profile icon at the top right corner of Facebook, Messenger or Instagram. It will also display the count of pending notifications.

In the hope of making Facebook Messenger easier to use, it has gotten a subtle redesign. These new changes will allow users to pick off from where they left off.

The update sees new tabs on top of the app’s main screen for switching between Messages, Active Contacts and Groups.

According to experts, by giving active users their own section, Facebook is encouraging people to participate in more conversations easily.

Games, which were introduced a while back, also gets its own button in the latest update.

Facebook has stated that changes are being rolled out on its iOS and Android apps from this week.