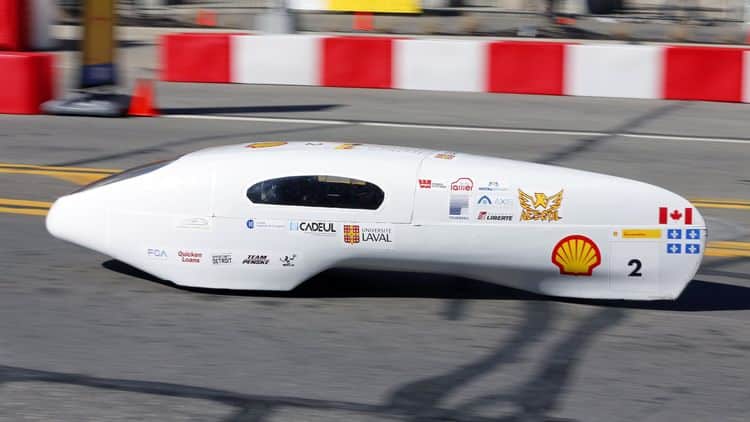 While the world is moving towards cars with better fuel efficiency or fossil fuel alternatives, most of the public still uses fossil fuel cars. Hybrids are a good option if you want to attain high mileage but they are still nothing special. Now imagine a car that can take you from Peshawar to Karachi using just 1 litre of petrol. Impossible right?

It’s not a dream anymore as students from Université Laval from Quebec have made it possible with their new car prototype and won the top prize at this year’s Shell Eco-marathon Americas.

The top ranked vehicle can manage 2,713.1 miles per gallon (1,153.5 kilometers per liter) of petrol. Laval’s prototype makes use of various fuels like petrol and hydrogen fuel cells in an attempt to maximize efficiency. The vehicle was tested on a Detroit, Michigan test track in the US. 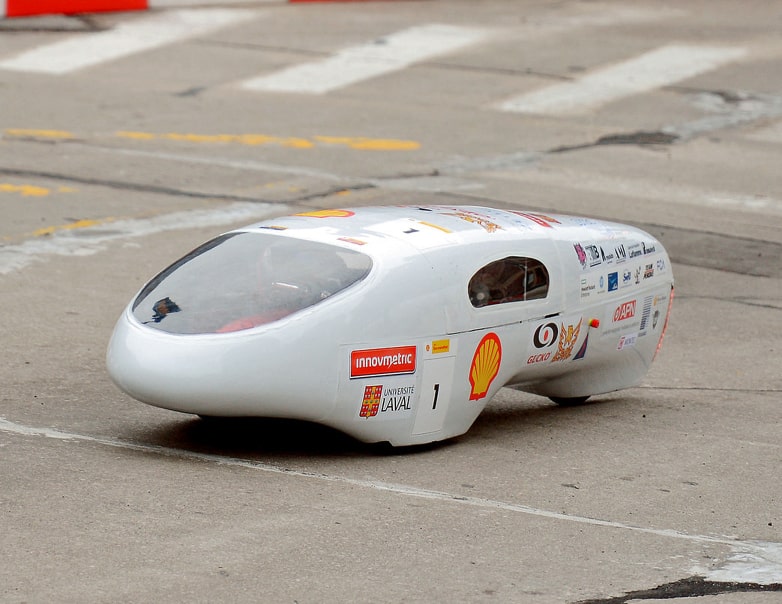 Last year, the university’s students managed to win with a prototype that could last 2,585 miles per gallon (1099 km per litre).

They managed it by making the car lightweight, aerodynamic and powerful (for its body). The car only has a horsepower of two and is meant to be driven at speeds of around 14 km/h to 32km/h.

Shell’s 11th Eco-marathon was all about the 1200 participants and their hardwork on design and car engineering.

The competition is broken into multiple categories depending on the different automotive technologies including fully electric, hydrogen fuel cell and internal combustion. Laval University developed the three wheeled car.

Still Not the Best

What’s more astounding is that this car is still less fuel efficient than the sleek black cone-shaped car from University of Toronto which won the competition in 2015. It managed to last 3,421 miles per gallon (1,454.5 km per litre).

While these cars are only protoypes, they hold massive potential for disruption in the auto industry, which is still massively dependent on fossil fuels. Even if some of the tech makes its way to road cars down the line, we could be looking at much reduced fuel bills.