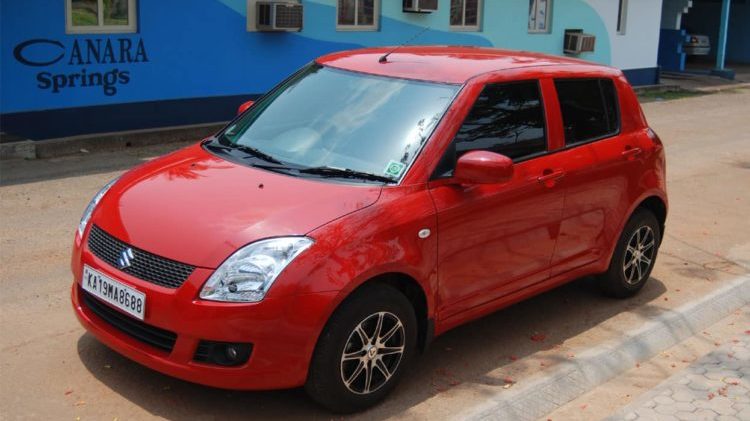 Suzuki Swift will now be available in 2 different versions only, as opposed to the original 4. This was announced by Pak-Suzuki in a letter to its dealers.

Only these two Suzuki Swift models will be available after June 10th, 2017:

Note: The above mentioned prices are ex-factory prices.

For reference, this was the letter sent to the dealerships: 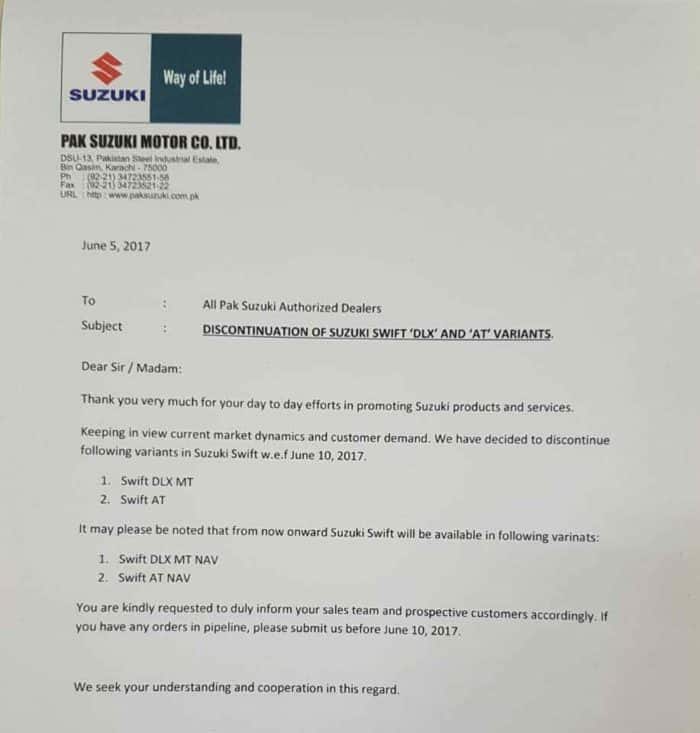 Swift’s price was close to the new Cultus’ price, which would explain why Suzuki decided to discontinue the former in favor of the latter.

Currently Pak-Suzuki is offering the following vehicles for their customers:

The company is going to face supply issues in the upcoming months. This is mainly due to the Orange Taxi Scheme which will increase the demand for Suzuki’s cars.

This sudden rise in demand comes weeks after Pak-Suzuki increased the price for its Mehran series. The overall price for Suzuki Mehran was increased by Rs. 29,000 (Rs. 5,000 2 months ago followed by another Rs. 24,000 hike the next week).

Following the price hike, a new security feature was also added to the Mehran, in the shape of an immobilizer, as an added precaution against car thieves.